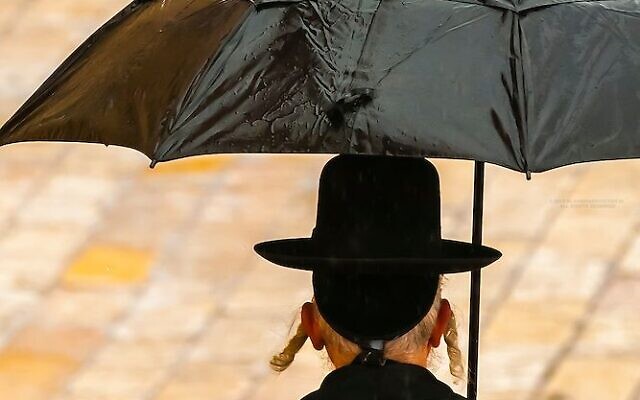 DEFINITION of umbrella: A device consisting of a circular canopy of cloth on a folding metal frame supported by a central rod, used as protection against rain.

It seems pretty straight-forward. “But,” say some, “what if I was to hold a cardboard box over my head when it’s raining? You might go and call that an umbrella.”

Well no, we wouldn’t. We’d call it a cardboard box over your head.

But that is precisely one of the key arguments used by those who reject adoption of the International Holocaust Remembrance Alliance (IHRA) definition of antisemitism.

Some, of course, object to examples cited alongside the definition, such as “Denying the Jewish people their right to self-determination, e.g. by claiming that the existence of a State of Israel is a racist endeavour” and “Applying double standards by requiring of it a behaviour not expected or demanded of any other democratic nation.”

In short, they want to be able to do that without being labelled antisemitic.

So … if it’s raining, they’re quite happy for the Chinese, the Syrians, the Iranians, the Turks, the Russians, the Saudis, and countless other countries accused of far worse human rights abuses than Israel to have umbrellas. But they’ll march through the streets, demanding the Jewish State be deprived of umbrellas.

Umbrellas and antisemitism. They refuse to accept the definition, but they’ll pick them up and try to batter us over the head with them.