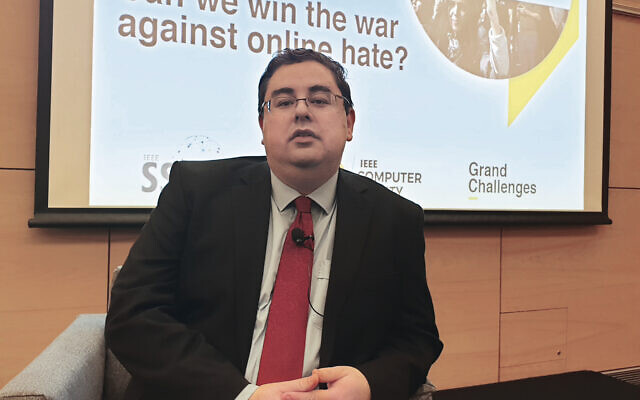 Dr Andre Oboler giving a talk at the University of NSW in 2019.

INVIGORATING Victoria’s Jewish community, building stronger bridges outwards, and combating antisemitism are goals Dr Andre Oboler has set for his presidency of the Jewish Community Council of Victoria (JCCV). Elected at its online AGM on Monday, the North Eastern Jewish Centre congregant and Templestowe resident has been on the JCCV executive for six years.

From the time Capetown-born Oboler, now 40, arrived in Australia as a 10-year-old, he took a communal interest, helping run the Mount Scopus College radio station. Studying at Monash University, he was a Hineni madrich. In England for postgraduate computer science studies, he became involved in student affairs, was national secretary of the Union of Jewish Students, and fought academic boycotts of Israel.

After a year in Israel with NGO Monitor, he joined the Global Forum for Combating Antisemitism. A Sydney speaking tour led to the Pratt Foundation funding his fight against online hatred. His work on the Zionist Federation of Australia’s Community Internet Engagement Project was spun off in 2012 as the Online Hate Prevention Institute, of which he is CEO. He also serves as one of eight Australian government-appointed delegates to the International Holocaust Remembrance Alliance

“The JCCV has done amazing work with government and with other multicultural communities, but we can do more in strengthening the bonds and the support within the Jewish community,” Oboler told The AJN, pledging to work closely with JCCV executive director Judy Fetter and her team towards that goal.

The COVID-19 pandemic has shown that “when there’s a crisis, we’re very good at coming together”. But with Jewish organisations “under extreme financial pressure … we need a similar response to recovery”.

The pandemic has generated far-right online conspiracy theories and he wants JCCV promoting antisemitism education with “more depth to our response”.

“A kind of normal” may soon arrive, predicted Oboler, but not communal life as we knew it. Webinars now bring overseas voices to local Jewish audiences cost effectively, and empower Australians to address overseas forums.

Increasing links to other faiths and cultures will remain a priority, and JCCV will continue taking the lead in tackling discrimination.

For example, Oboler wants the Victorian Racial and Religious Vilification Act to include gender and disability, while ties with Indigenous communities will strengthen after the AGM voted to support the 2017 Uluru Statement From the Heart. 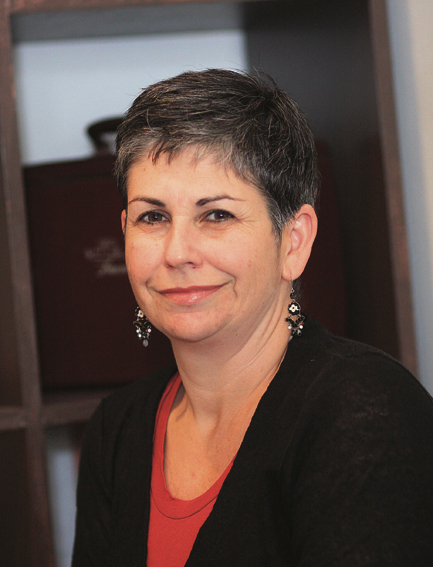 Oboler takes the reins from Jennifer Huppert, who served two three-year terms. The lawyer and former Labor MLC told The AJN the JCCV’s role in the Victorian Jewish Community Bushfire Relief Appeal and in the Jewish Community COVID Taskforce were key developments on her watch, as was obtaining funding for communal security. Bringing in LGBTIQ group Keshet and the apology to gay-rights group Aleph for its 1999 exclusion from the JCCV were milestones. She noted, “Gen17 showed that Jewish people identify in many different ways.”

Huppert sees defending section 18C of the federal Racial Discrimination Act, and ties with Muslim, Christian and other faith and culture communities, as hallmarks of her tenure. Memories of the 2018 reenactment of Indigenous leader William Cooper’s historic walk to Melbourne’s German embassy to protest Kristallnacht will remain with her always.

She values JCCV’s work with the state government on antisemitism education after traumatic incidents in government schools. “Antisemitism in Victoria is there; it’s not rampant, it’s very much better than it is in very many countries, but it is a growing issue.”

As well as tributes to Huppert, the AGM saw the JCCV’s General Sir John Monash Award presented to community stalwart and past Executive Council of Australian Jewry and JCCV president Grahame Leonard. The Sylvia Gelman Young Leadership Award was conferred on Elana Forbes for her roles in SKIF, the Bund and In One Voice.