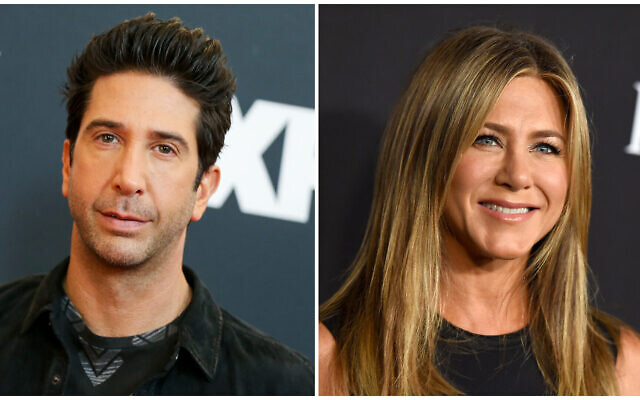 A REPRESENTATIVE for Jewish actor David Schwimmer has denied speculation that he and Friends co-star Jennifer Aniston have realised they are meant for each other and have been “spending time together”.

The denial, which broke the hearts of many fans of the sitcom, came in the wake of an anonymously sourced and vaguely worded report in a British magazine that past feelings were heating up between the pair following the Friends reunion special earlier this year.

“After the reunion, it became clear that reminiscing over the past had stirred up feelings for both of them and that chemistry they’d always had to bury was still there. They began texting immediately after filming and, just last month, David flew from his home in New York to see Jen in LA,” an unnamed source told the UK’s Closer magazine.

In a special reunion episode of the hit sitcom screened earlier this year, the two admitted they had feelings for each other during filming of the original show.

“I remember saying, one time, to David, ‘It’s going to be such a bummer if the first time you and I actually kiss is going to be on national television,’” recalled Aniston.

“We just channelled all of our adoration and love for each other into [characters] Ross and Rachel.”

The two characters’ on-off relationship was a cornerstone of Friends throughout its 10-year, 236-episode run, which ended with a romantic reconciliation.

Co-creator David Crane said in an interview that the writers had asked themselves if the pair really should end up together.

“We discussed perhaps sort of ambivalent endings,” he said.

“And we went ‘No, this is Friends, people have been waiting 10 years to see this couple get together, we’ve got to give them what they want.’”