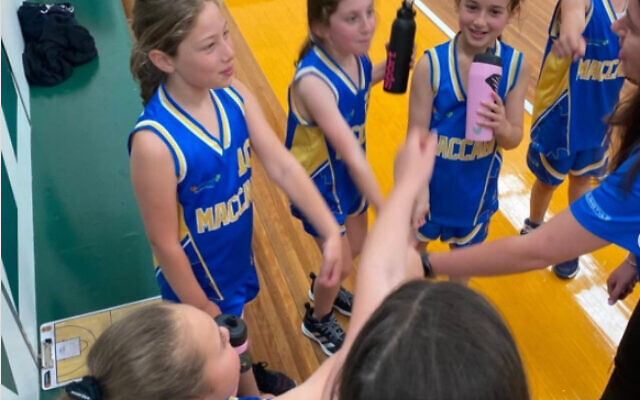 The U10 Maccabi girls' Dream Team side celebrate a win in their last game of the year.

Girls end the year on a high

MAZAL tov and congratulations are deserving for all Maccabi Victoria Basketball Club teams, players and coaches involved in the Waverley and McKinnon Basketball Association summer seasons for their effort and enthusiasm in the opening rounds of the competition and at training sessions. And hats off to the club’s U10 girls’ Dream Team (pictured), who finished the year in style with an impressive 23-6 win versus Scorpions Ferndale. Great team effort, girls!

It was a repeat of his 4th placing in the opening race at Elwood late last month. 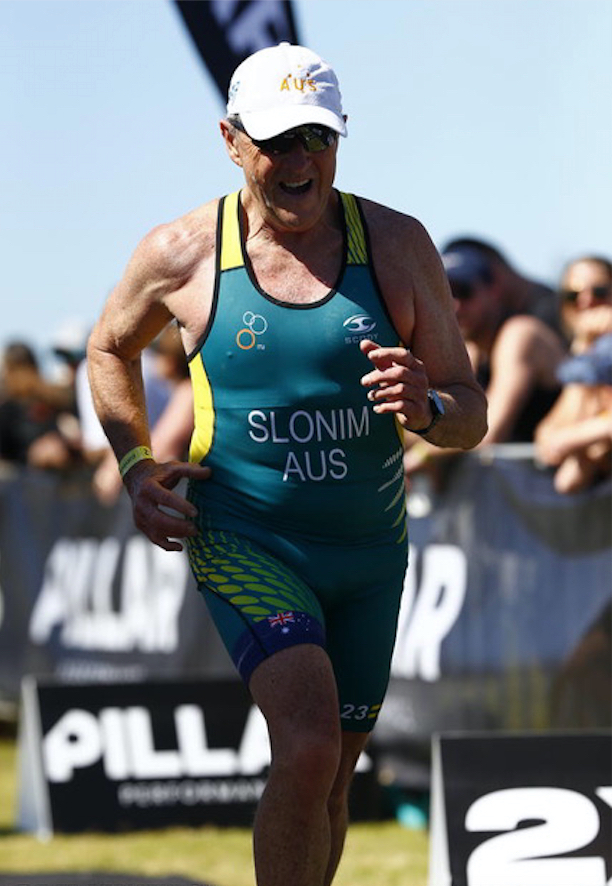 Neil Slonim running in race two of the 2XU Victorian Triathlon Series at Brighton on December 12.

MACCABI Athletics Club’s Ben Blecher, 13, keeps getting faster – he clocked a PB of 24.22 seconds in the 200m in round 5 of the Athletics Victoria Shield League last weekend, qualifying for the U15 Australian Championships in U15 boys.

Ori Drabkin also nailed a PB of 29.22 seconds in the 200m, making him the unofficial fastest male T35 category para athlete in Australia for his age across that distance.