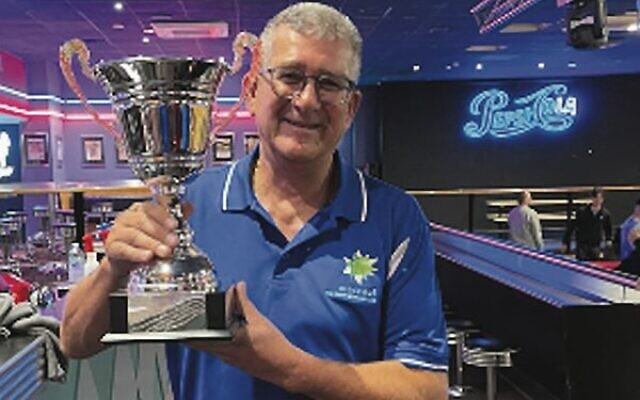 Consisting of six games per bowler, followed by a play-off round, and finals, the tournament was a success, nearing its 60th edition.

In the end, the overall winners were Ronnie Lang in the scratch event – after defeating finalist Adam Goldberg by 214-180 – while in the handicap event, Naomi Baram took home the trophy, beating Sylvia Walters in the final by 212-183.

The following week, in the President’s Cup Trophy on its 10-year anniversary, it was Howard Silver who came out on top, edging runner-up Michael Eisenstein by just a single pin in the final, while Billy Schnapp came third.

Meanwhile, in round 8 of the club’s 2022 spring-summer Monday night league on September 5, Ronnie Lang was the star, top-scoring with a game of 278, which was 73 above his average. He scored 2 spares, before proceeding to nail 10 consecutive strikes. 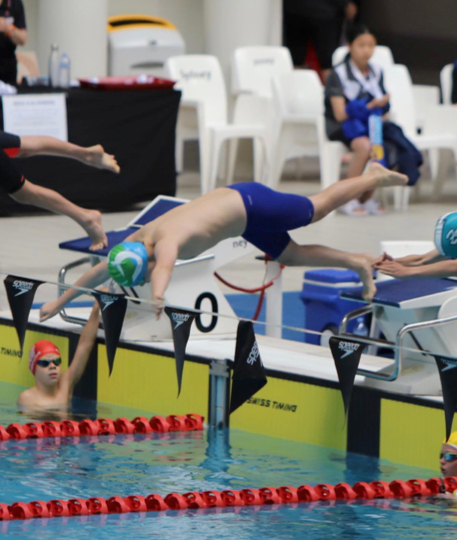 Well done to young swimmer Nick Fasol from Maccabi NSW Swimming Club.
He was the club’s only representative to qualify for, and compete in, the Swimming NSW 2022 Junior State Age Short Course Swimming Championships.
They were held at Sydney Olympic Park Aquatic Centre on September 3 and 4.
Fasol not only came an impressive 15th in the 10-year-old boys’ 50m freestyle event, but nailed a PB time of 32.12 seconds.

Eleven keen athletes turned up bright and early at Heffron Reserve and pool on August 28, for the first Maccabi NSW Cycle and Tri Club event in months, due to the wet weather causing havoc throughout winter.

Fortunately the weather was good for the duathlon, and the Pager family team got off to a fast start, and were never headed.

Riley Pager was quick in both run legs, while Craig Pager had an exceptional bike ride time of 32 minutes and 47 seconds.

Special mention to Howard Klevansky, for performing well despite copping a flat tyre halfway through the bike leg.

Dan Garfinkel and Riley Pager, the two youngest competitors on the day, both did very well.

The club’s next event is a triathlon scheduled for September 18.
NETBALL

But constant rain in the morning, and beyond midday, meant that six of their junior teams’ major and minor semi-final matches had to be cancelled.

It’s understood that teams to advance will be based upon rankings, and semi-final status (major or minor).

The weather cleared in the afternoon, enabling senior semis to take place as scheduled.

In those, Maccabi’s A3 division team bowed out after losing their minor semi by 15-43 versus the UNSW Pilots.

Maccabi’s division B2 team won their minor semi by 28-21 over the MRSL All Stars, so they will progress to this Saturday’s preliminary finals. 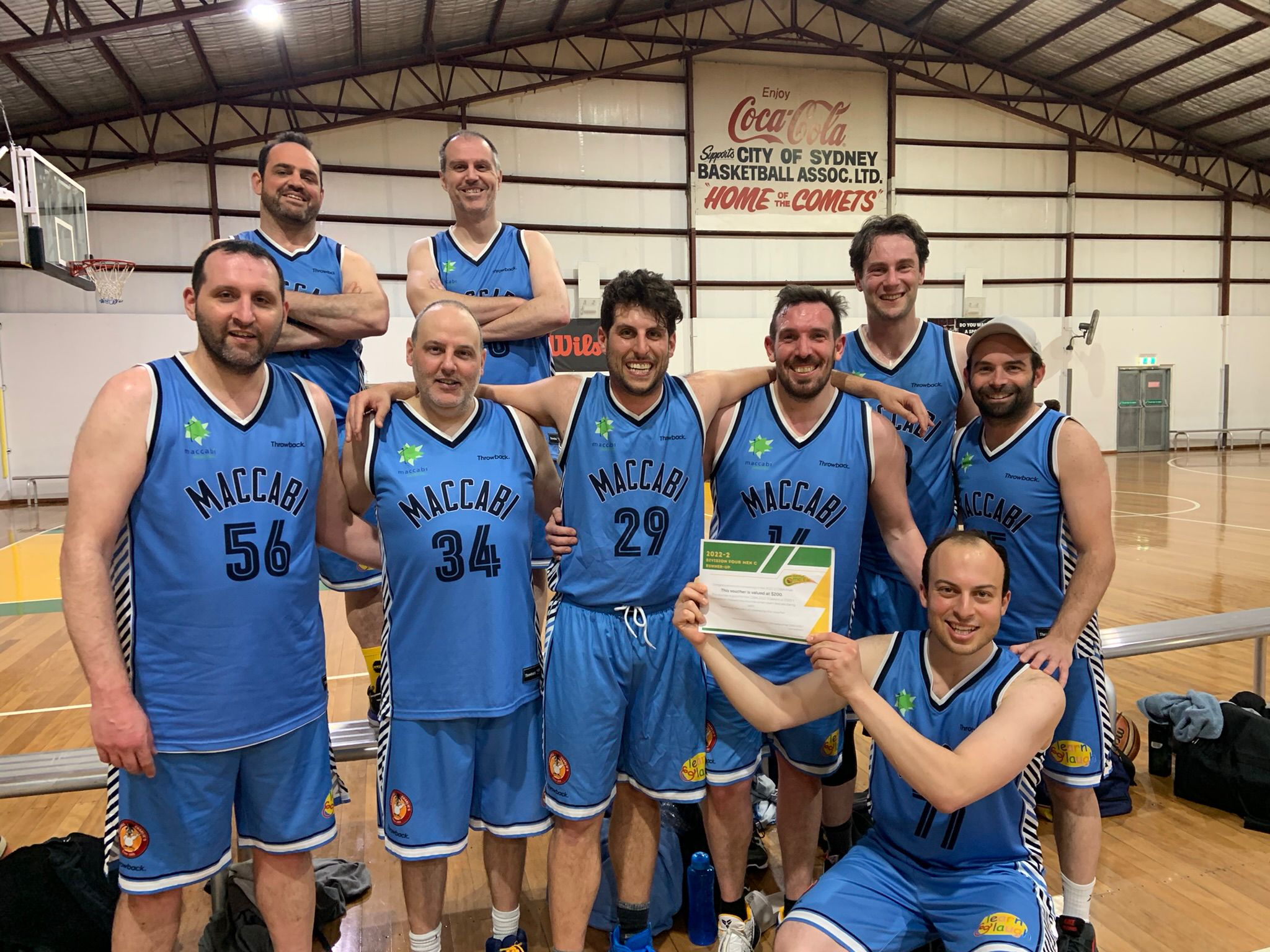 Maccabi Bennys Ball came out firing in the 4B decider, and were up 10-0 against much younger opponents, before their lead was more than halved by half-time.

They were neck and neck in the second half, but some big shots nailed by their opponents in the final minutes put the trophy out of reach for Maccabi.

The Maccabi Mishpoochas traded baskets early on in the 4C grand final against a predominantly Jewish Semi-Pro team, but after leading 11-10, they had a long dry spell, not scoring again until they were trailing by almost 20 points.

Despite finishing the match strongly, they could not make up such a deficit. 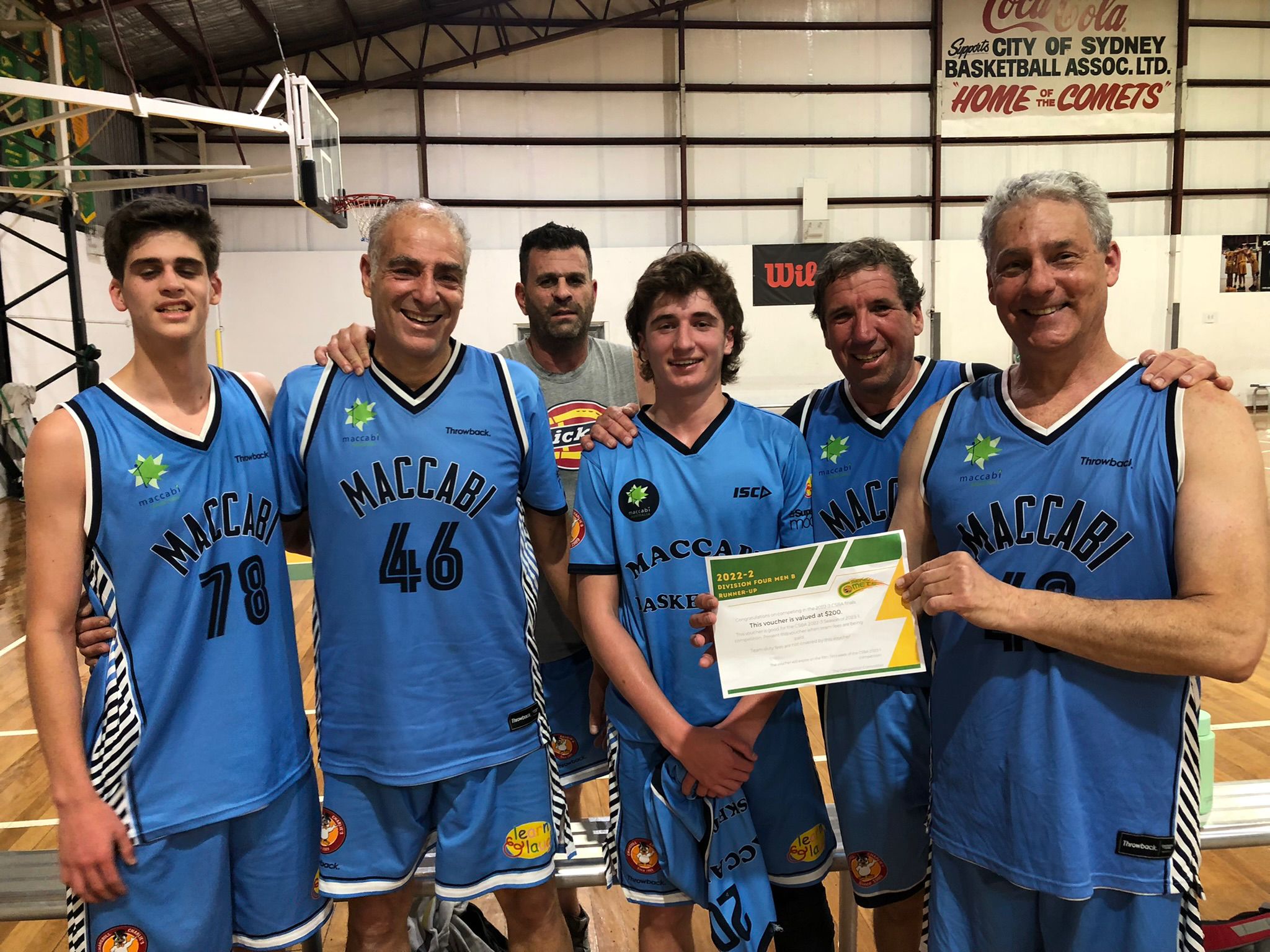