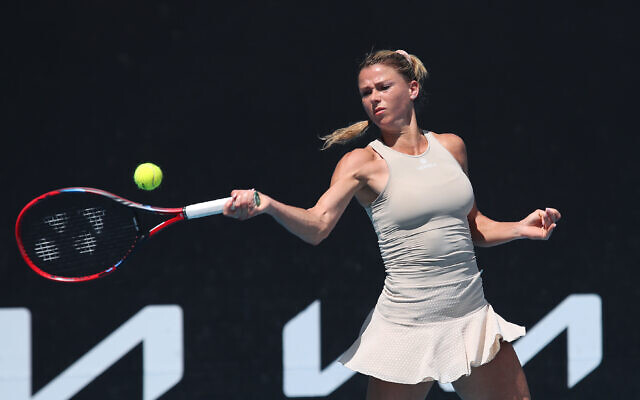 Jewish Italian Camila Giorgi hits a forehand in round one of the 2023 Australian Open. Photo: Peter Haskin

A wide variety of weather conditions, and also results, were in store for players of Jewish heritage in the first two rounds of the 2023 Australian Open at Melbourne Park.

It was the first time there were no crowd capacity limits in place at the tournament since 2021, and a record opening day/night attendance of 77,944 reflected the level of interest and anticipation for this year’s chapter of Asia-Pacific’s grand slam. 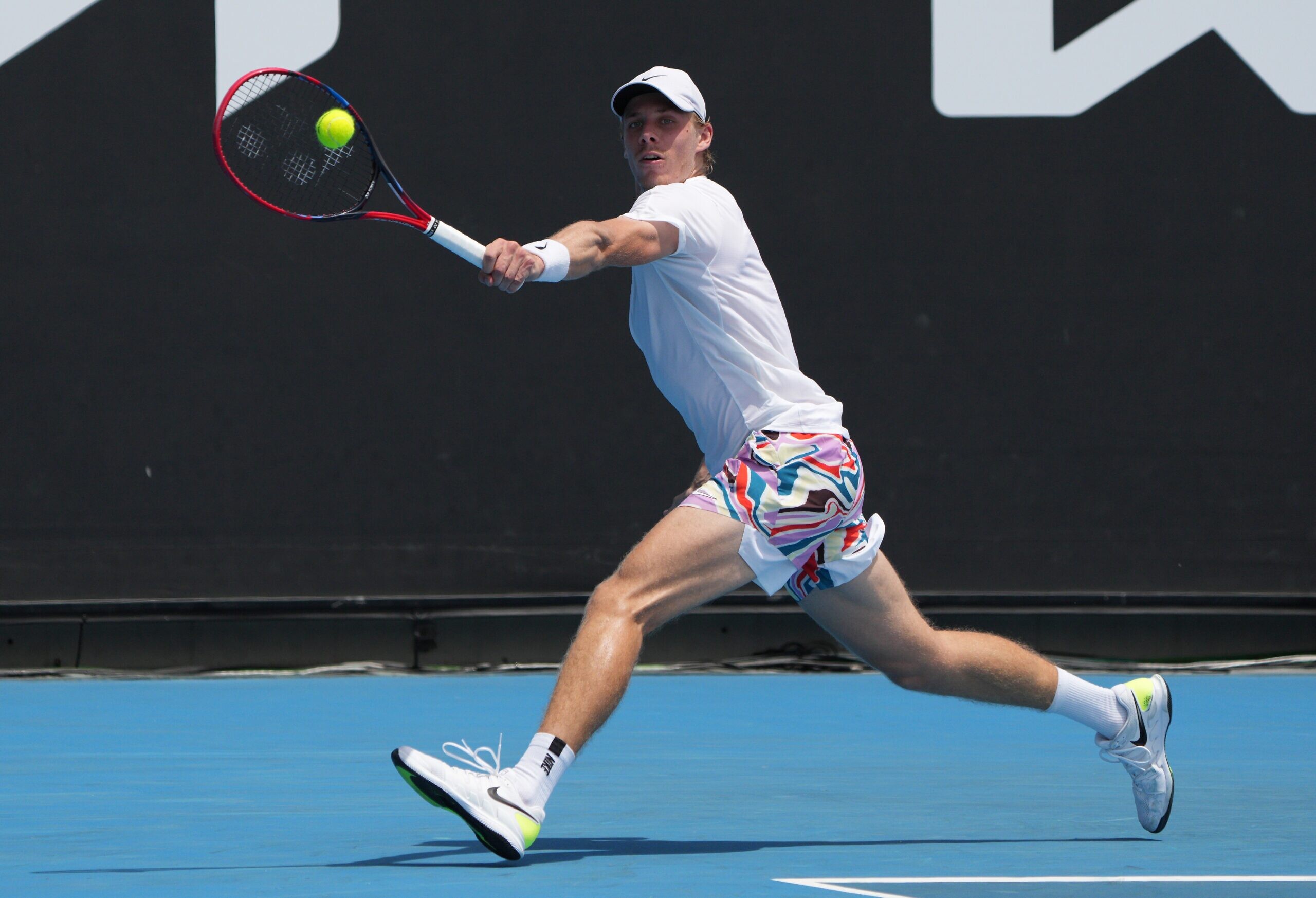 Israeli-born Canadian Denis Shapovalov – the 20th seed – enjoyed playing in cool and comfortable conditions on Monday when defeating 86th ranked Serbian Dusan Lajovic 6-4 4-6 6-4 6-1, to advance to a second round clash with Japan’s Taro Daniel, whom he beat in straight sets.

Shapovalov is due to play the 10th seed, Pole Hubert Hurkacz, in the third round on Friday night from 7pm in Margaret Court Arena.

After his first round win, Shapovalov said in a press conference “I like the conditions here, and the courts … I played well here last year [making the quarter-finals] and the years before I also felt like my game was good, [but I] just wasn’t able to go deep in the tournament.”

On Tuesday, the conditions could not have been more different or challenging for players – and they even differed from day to night.

The daytime temperature reached 37 degrees in the early afternoon, causing a lengthy suspension of matches due to enforcement of the extreme heat rule, including Jewish Argentine Diego Schwartzman’s match against Ukrainian qualifier Oleksii Krutykh. 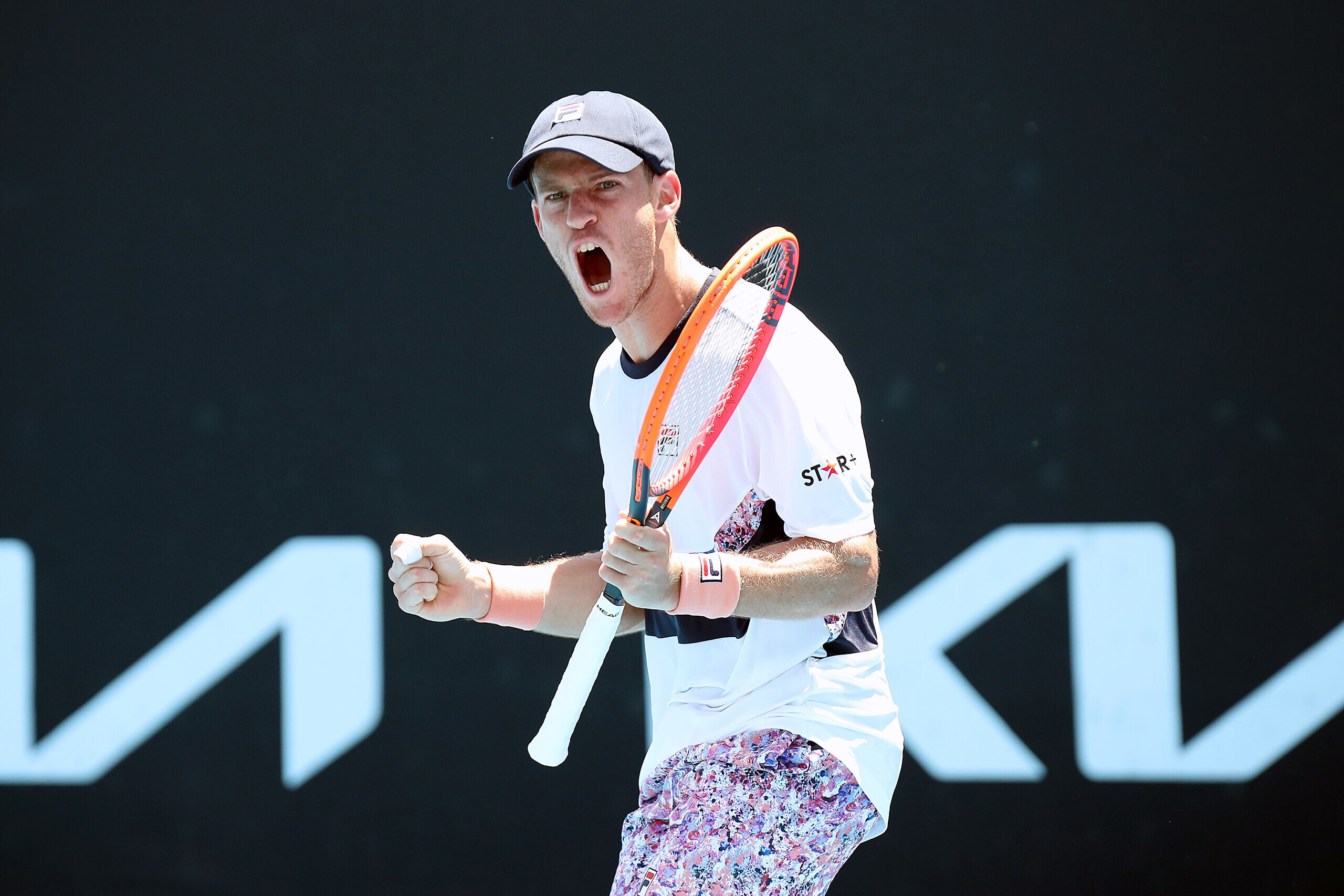 Diego Schwartman celebrating his first round singles win at the 2023 Australian Open. But he bowed out in the second round. Photo Peter Haskin

Pleased with his effort, fitness level and patience, Schwartzman said, “It was a great effort to be in [make] the second round here once again”.

But that was as far as he made it in the singles draw, bowing out in the second round the next evening, in straight sets to American JJ Wolf. 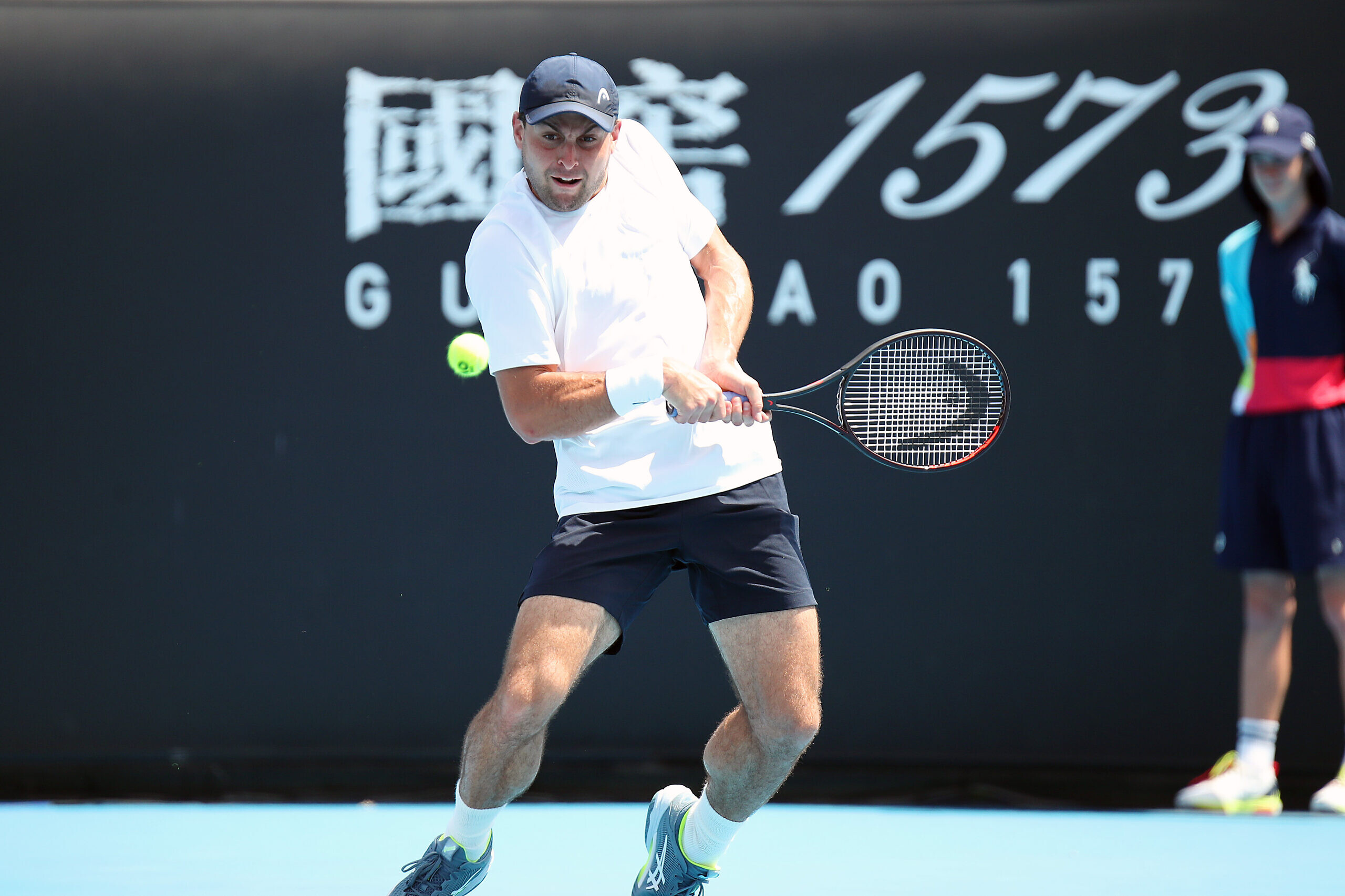 Aslan Karatsev in action in round one. Photo: Peter Haskin

Jewish-Italian Camila Giorgi, ranked 70th, easily won her round one match 6-0 6-1 in just 55 minutes against Anastasia Pavlyuchenkova on Tuesday, and comfortably won her second round match 6-4 6-3 over Slovak Anna Schmiedlova on Thursday, to cruise into the third round.

Brengle’s match was only into its 7th game when wind and rain set in, forcing it to be postponed until Wednesday night, more than 24 hours after it started.

Brengle and Schwartzman will remain to play in men’s and women’s doubles, starting with first round doubles fixtures on Friday.