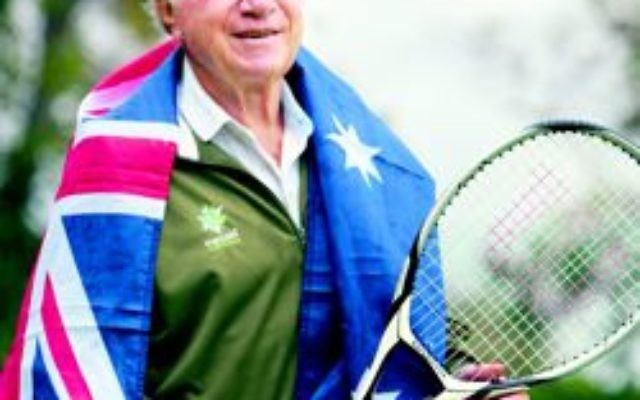 AUSTRALIA’S Maccabiah Games team was set to leave today (Thursday) to compete against more than 9000 athletes from 70 countries for gold in Israel.

The 400-strong team will compete in 13 of the 35 sports on offer, including archery, cycling, squash and table tennis.

The delegation includes Steven Solomon, who reached the final of the 400m race at the London Olympics, Sean Bloch, who represented South Africa at the 1992 Barcelona Olympics, and Jarrod Basger, who competed for Australia at the recent FIFA Futsal World Cup in Thailand.

“We’ve put together a very good squad and we’ve tried not to leave any stone unturned to choose the best possible athletes,” Procel said.

“It’s a big exercise to make this work … and it’s really a labour of love from my point of view and I think the passion shown by the people involved has really been great.”

The oldest competitor from Australia, 81-year-old Bert Rosenberg, said Maccabiah is about more than just a sporting competition.

“I’m a competitive person so I’ll be hoping to do my best, but for me the joy about the Games this year is that my son is playing tennis and my grandchildren are playing futsal and soccer, so there will be three generations of us in the team,” Rosenberg said.

Rosenberg, from Sydney, has won a silver and bronze medal in his previous performances .

“I’ve been training on a hard-court surface to get ready for Israel and I’m excited to compete.”

At the other end of the spectrum is 29-year-old Addy Wetzler, who will be competing at his first Maccabiah Games.

He’s been looking forward to the competition since he was selected in the lawn bowls team earlier this year.

“Apart from obviously looking forward to competing myself, I’m as excited to watch Australians compete in other sports such as netball and football,” Wetzler said.

I’m looking forward to being the skipper in the triples rink and competing against the Israeli national team while wearing the green and gold in Israel.”

81-year-old Bert Rosenberg is the oldest competitor from Australia.