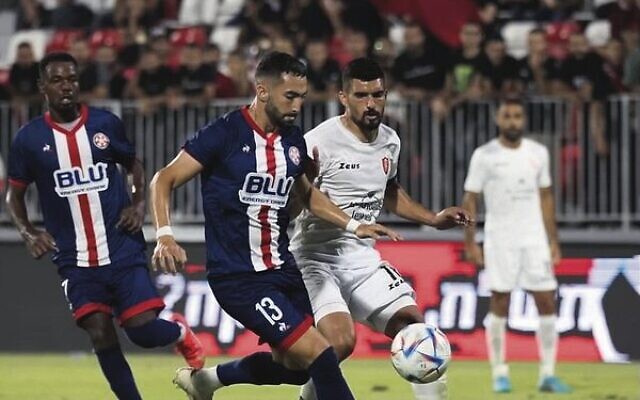 Swibel’s strike came in a Toto Cup group game against Hapoel Acre, which his side went on to lose 4-2.

During the camp he scored in a trial game against Premier League club Maccabi Bnei Reineh, impressing head coach Shlomi Dora, and was offered a contract at the end of the camp.

“I’ve dreamt of playing professional football overseas since I was a young boy and I can’t think of a better place to start that journey than in Israel,” said Swibel.

“The club, players, coaches and all the staff have been very welcoming. I’ve met some amazing people and the club has been helping me settle and acclimatise.”

Swibel has played in three Toto Cup group matches since joining and has a final cup match this week before the season starts on August 18.

“I can’t wait for the season to get going,” he said.

“There are 30 games to be played and I’m looking forward to lots of football and helping my new club and team mates be successful.”

Meanwhile, Zac Sapsford has continued his goal-scoring run for the Wanderers’ FNSW League One side. The former Hakoah FC player’s goal earned a 2-1 win over Blacktown Spartans and sealed promotion for the Western Sydney club.