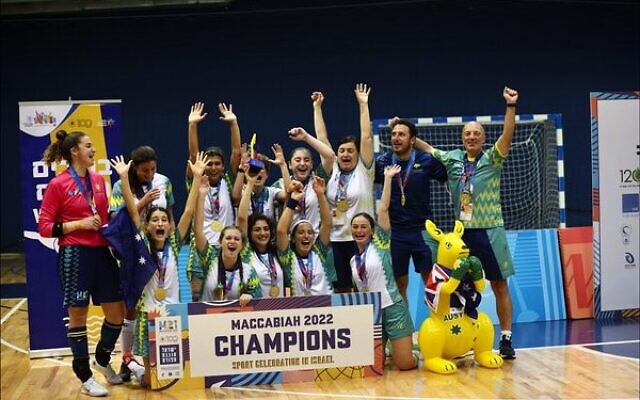 If there was a script for the Australian women’s futsal team’s triumphant Maccabiah Games gold medal match win on July 22 – via a penalty shootout against heavyweights the USA no less – it could not have been written any better.

Most of the squad – apart from a few experienced top-level futsal players such as Toni Sharp and Hannah Charak – had originally planned to play football at these Games, but were short of a full team.

That included Melbourne Victory A-League Women’s goalkeeper Melissa Maizels, who played football in her Maccabiah Games debut in 2017, but for these Games was the women’s futsal team’s keeper and coach.

The Aussie women had a dream start, winning all their pool games, including an 11-0 win opening win versus Israel, a gritty 2-2 draw against the USA, a narrow 2-1 win over an improved Israeli side, and an impressive 2-0 victory over the USA.

With the Australia and USA sides evenly matched, their gold medal match was destined to go down to the wire, and it did.

The USA scored first, but Lara Joffe struck back for Australia, only for the USA to regroup and score again. 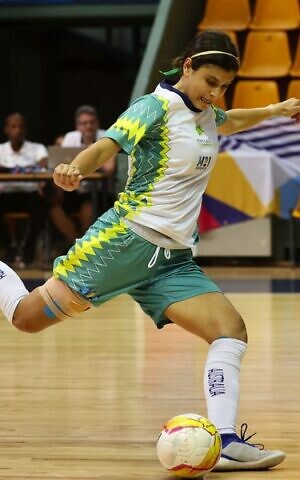 A great goal by Toni Sharp evened things up at 2-2 at the end of regular time, and Sharp scored a second goal early in extra-time, but a late goal by the USA forced a penalty shootout.

In front of a good contingent of Aussie fans, and the match shown on Israeli TV, the Aussies won the shootout 4-3, and the gold.

Maizels said “We were so disciplined and determined, [and the result] shows the heart that the Aussies have”.

“We had such a good bunch of girls, who were all willing to put the work in, and adapt.

“Most of us had played futsal before, so it wasn’t impossible, but it was tough, and I’m just so proud of the girls coming together in the way they did.”

The had a narrow first-up 2-3 loss to Israel’s national team, an exciting comeback 6-5 victory over the USA – with late goals to Jarrod Basger and Jonathan Barzel getting Australia home – a 2-2 draw with Great Britain, and a 7-0 thumping of Hungary.

The Aussie men finished on a strong note, easily winning consolation games against Brazil (7-1) and the USA (6-1).