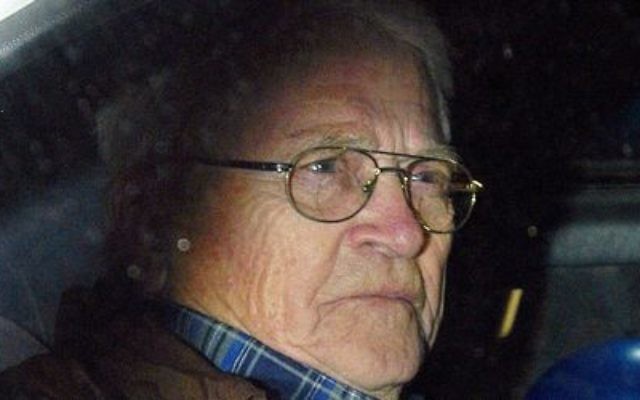 AUSTRALIA’S strategies for bringing alleged Nazi war criminals in this country to justice are fundamentally flawed, according to a key anti-Nazi campaigner.

Broadcaster and historian Mark Aarons said Australia deserved to languish in the Simon Wiesenthal Centre’s lowest category after the organisation gave Australia an “F” in its finding of nations’ efforts to bring fugitive Nazis before court.

The 12th annual report by the Simon Wiesenthal Centre classed Australia with countries that had made the least effort, and lacked the “political will” to seek justice for Holocaust victims.

Aarons said Australia stood apart from other Western democracies with large intakes of displaced persons (DPs) after World War II, as it did not seek to prosecute alleged Nazis and collaborators for breaches of immigration law, unlike the United States and Canada.

Australia accepted some 180,000 DPs, second only to the US, which took around 250,000, with Canada third. Canada, like Australia, had tried to conduct war-crimes trials but when witnesses and evidence became too old and unreliable, Canada copied the US model of prosecuting individuals for lying about their past to obtain entry permits. Australia did not follow that path, Aarons said.

“Actuarial mortality rates being what they are, there’s a very good chance that the last Nazi will die peacefully in his bed somewhere in Australia.”

Aarons slammed last year’s High Court ruling rejecting the extradition of Perth man Charles (Karoly) Zentai to his native Hungary over the 1944 murder of 18-year-old Budapest Jew Peter Balazs. The case was cited in the Wiesenthal Centre report as “the most disappointing result in a specific case during the period under review”.

Jewish community leaders supported the Wiesenthal Centre’s findings. Executive Council of Australian Jewry president Danny Lamm said: “Australian government officials should not have turned a blind eye to the known crimes of former Nazis and Nazi collaborators. Australia should not have waited for 42 years … before enacting legislation that would make it possible to prosecute these people.”

Australia/Israel & Jewish Affairs Council executive director Dr Colin Rubenstein said: “It is disappointing and frustrating that the energy and time invested by governments and human rights advocates over many years has not resulted in better results.”

The Simon Wiesenthal Centre cited the Charles Zentai (pictured) case as “the most disappointing result”.