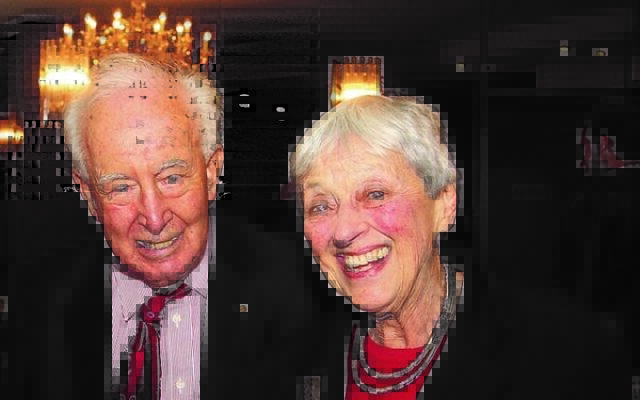 FAMILY, dignitaries and a legion of friends paid their last respects to Lady Anna Cowen, wife of the late governor-general Sir Zelman Cowen, at her funeral service at Temple Beth Israel (TBI) on Sunday.

Lady Cowen passed away on Friday at 96. She was laid to rest next to Sir Zelman at Springvale Botanical Cemetery after the service.

TBI emeritus Rabbi John Levi, who shared a long friendship with the Cowens at TBI, eulogised her as “the mother of an amazing family”, with 16 grandchildren, 34 great-grandchildren and two on the way.

Born in 1925 to Hymie and Dora Wittner, she married Zelman at 19. The couple departed for Oxford in 1945, where Zelman studied on a Rhodes Scholarship. Returning in 1951, he became dean of law at University of Melbourne and in 1966 became vice-chancellor of the University of New England and later Queensland University. 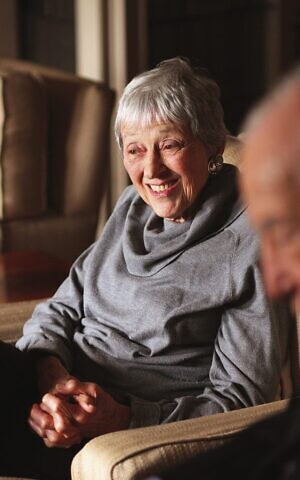 “Anna was fascinated by education and educational theory. And as wife of the vice-chancellor, staff and students turned to her for help and advice,” said Rabbi Levi.

Rabbi Levi quoted the Cowens’ daughter Kate: “Mum kept it all together … she was fascinated by design, and by architecture, and art and pottery,” and was “the centre of the family’s Jewish life”.

Sir Zelman passed away in 2011. In 2015, Lady Cowen was recognised with an AM. She wrote My Vice-Regal Life, based on her diary of the years Sir Zelman held Australia’s highest office.

Tragedy struck in 2017 when son Ben was killed in a paragliding accident.

Eulogising his mother’s “kindness” and “equanimity”, Rabbi Shimon Cowen, who with his brother Yosef is a surviving son, said, “Anger, impulsive reaction, upset was something you never saw in her.

“There was a time during the two-year COVID lockdown when she had no visitors and said she felt ‘pipped’, a very mild word.” His mother was “endowed by God with a nature of loving kindness”.

Tributes have flowed for Lady Cowen. Former treasurer Josh Frydenberg, a family friend, recalled, “Zelman couldn’t speak of Anna without bringing a tear to his eye and would often say of his relationship, ‘All this and heaven too.’”

Executive Council of Australian Jewry co-CEO Peter Wertheim described “a remarkable public figure … a passionate proponent of gender equality and environmental sustainability, long before these causes became mainstream … The Jewish community and the whole of Australia have lost a national treasure.”

JCCV president Daniel Aghion reflected, “We have lost a true aishet chayil, a woman of valour.”

Zionist Federation of Australia president Jeremy Leibler recalled “her values, compassion and warmth … her contribution not only to the Jewish community but to the wider Australian community”.

Zionism Victoria president Yossi Goldfarb said Lady Cowen “not only stood shoulder-to-shoulder with the governor-general … she actively supported a number of worthy causes”.

Australia/Israel & Jewish Affairs Council national chairman Mark Leibler reflected that “her intelligence, dignity, consideration and warmth … made her a much loved figure in the Australian Jewish community.”