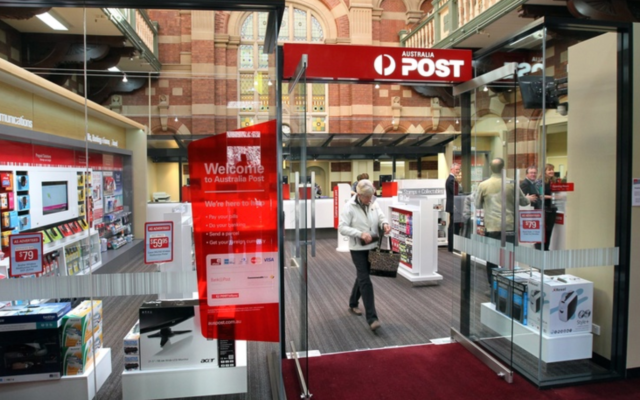 The postal service used the wording on a Destination Guide page of its website, listing destinations it sends mail to and the delivery times that customers can expect.

The Anti-Defamation Commission (ADC) had been alerted to the troubling description by a community member. It said the Palestinian destination was the only one described as “occupied” in a long list of destinations, when in fact other destinations on the list were indeed occupied.

In the absence of negotiations between Israel and the Palestinian Authority, which have been dormant since 2014, Israel continues to have a military presence in parts of the West Bank. Israel unilaterally ended its occupation of Gaza in 2005. 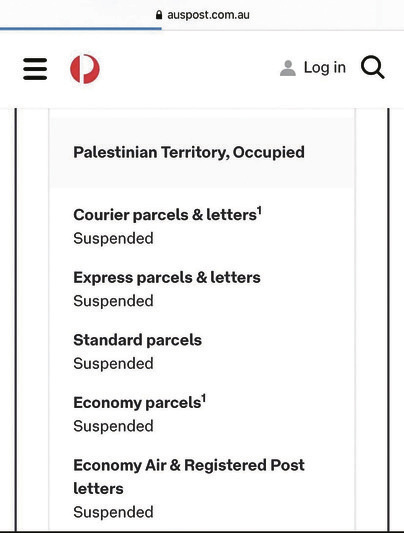 The Australia Post online listing, before it was amended.

An Australia Post spokesperson stated, “We’re grateful to have been alerted to this error, which has been promptly corrected.”

ADC chair Dvir Abramovich said, “While we welcome this change, what is deeply concerning is how the integration of this biased term into the system escaped notice and why it was framed in this manner in the first place.

“Australia Post should not embrace politically loaded and emotionally charged terms which do not reflect reality and that have often served to delegitimise and brand Israel as an ‘occupier’.”