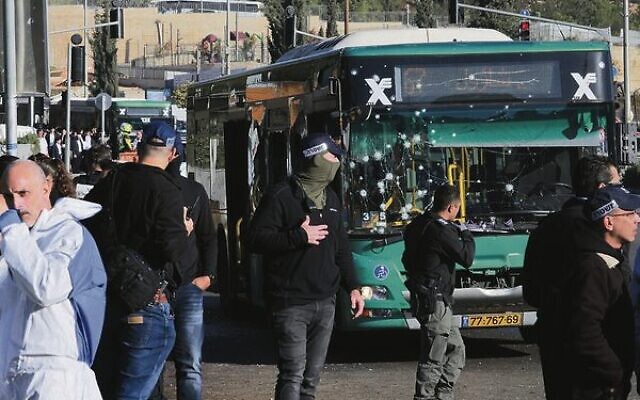 Foreign Affairs Minister Penny Wong has called last week’s terrorist attacks in Jerusalem that killed two people and injured more than 20 “acts of cruelty, calculated to kill and terrorise civilians, and to destroy the bonds of trust between neighbours”.

“Australia strongly condemns the twin blasts in Jerusalem. Our thoughts are with the victims and their families. Australia stands with Israel against terror,” Wong added.

Australia’s ambassador to Israel Paul Griffiths tweeted, “Our thoughts are with those affected by the shocking attacks in Jerusalem this morning. Such violence is never acceptable.”

Australian Jewish communal leaders also expressed their outrage. Executive Council of Australian Jewry co-CEO Alex Ryvchin said, “We are shocked and angered by the bombings in Jerusalem.” He said news of another fatality “compounds our grief and anger. We wish long life to the family of the deceased and hope that justice is delivered swiftly and forcefully”.

Zionist Federation of Australia president Jeremy Leibler said, “We mourn the murder of two people in Israel’s capital, and the injury of so many others, and stand with Israel and all people of goodwill who condemn these terrorist attacks. As Golda Meir said, ‘There will never be peace until Palestinians love their children more than they hate ours.'”

Australia/Israel & Jewish Affairs Council director of international affairs Jeremy Jones commented, “We condemn in the strongest possible terms the terrorists who carried out these heinous attacks. The aim of the terrorists is to kill as many innocent people and cause as much misery as possible. They also intend to provoke further violence, causing yet more death and misery, and pushing hopes for peace even further away.”

Meanwhile, one of the first Magen David Adom vehicles on the scene of the terror attacks providing emergency assistance was donated from Australia.

“One of our new rapid response vehicles was able to attend the scene of the recent terrorist attack in Jerusalem, and deliver the paramedics and equipment who prevented further loss of life,” Australian Friends of Magen David Adom interim CEO Daniel Gara said.

“Donations made in Sydney save lives in Israel and we are very grateful to the donors of this innovative emergency vehicle, [AJN publishers] Robert and Ruth Magid.”