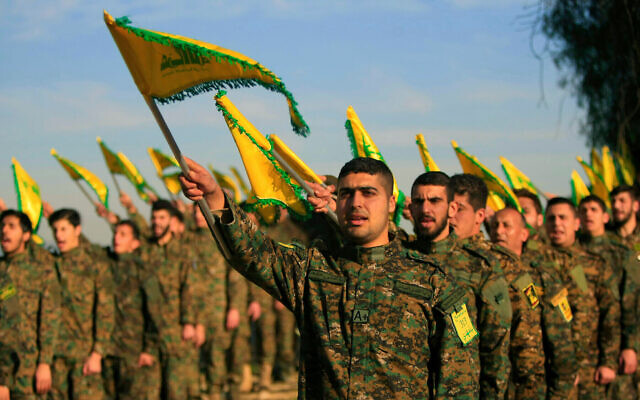 The Morrison government has this morning announced it will proscribe Hezbollah in its entirety as a terrorist organisation in Australia.

Unlike several other countries including the US, UK and New Zealand, Australia currently only lists the group’s External Security Organisation (ESO), not its military or political wings.

Australia will list the entirety of Hezbollah as a terrorist organisation.

A welcome and very important decision, which removes the fiction that Hezbollah has a ‘military’ and ‘political’ wing. It is a terrorist organisation in its entirety. https://t.co/QukdOWORhk

“The government has zero tolerance for violence, and there is no cause – religious or ideological – that can justify killing innocent people,” Andrews said.

“The Morrison government is committed to ensuring Australia has the right tools and legislation in place to combat the enduring threat of terrorism. As recent events in the United Kingdom, New Zealand, and elsewhere around the world have demonstrated, we cannot be complacent.

“Australia is a nation of rich cultural backgrounds. Our community is built on a broad fabric of many and varied experiences and cultures, and our nation’s character is better off for it. The views of violent extremist groups such as these are a stain on that rich cultural fabric. There is no place in Australia for their hateful ideologies.”

The listings will enable the application of terrorist organisation offences to these groups, and align Australia with international partners such as the United Kingdom and Canada.

Andrews has written to her state and territory counterparts to consult with them on the proposed listings, and aims to finalise the listing “as soon as possible”.

I welcome Australia’s intent to declare Hezbollah a terrorist organization in its entirety.

Hezbollah is an Iranian-backed terror organization in Lebanon responsible for countless attacks in Israel & around the world.

Thank you to my friend @ScottMorrisonMP for your leadership.

“No one in Australia should be assisting organisations which promote extremism and hate, and especially not one as dangerous as Hezbollah.”

Welcoming the announcement, Executive Council of Australian Jewry (ECAJ) co-CEO Peter Wertheim told The AJN, “The government’s decision to list Hezbollah in its entirety as a terrorist organisation, in line with the practice of our closest allies, is to be applauded.

“The ECAJ and other Jewish organisations have been advocating this for many years. The fiction that Hezbollah’s terrorism can be separated from its other activities has been decisively punctured. This will deliver a hammer blow to Hezbollah’s pretensions to credibility and legitimacy.”

A spokesperson for the Israeli embassy in Canberra told The AJN, “There is no division between political and military wings of Hezbollah and this acknowledgement is crucial in order to fight and beat the terror.”

Zionist Federation of Australia president Jeremy Leibler commented, “Hezbollah has targeted Jewish communities the world over. I thank the Minister, and also the bipartisan Intelligence and Security Committee, which unanimously recommended this outcome.”

Australia/Israel & Jewish Affairs Council (AIJAC) executive director Colin Rubenstein added, “Minister Andrews’ decision to accept the recommendation of the bipartisan Parliamentary Joint Committee on Intelligence and Security and expand the listing of Hezbollah sends a strong message that Australia will not tolerate these Iran-backed terrorists.

“AIJAC thanks the minister and also the Parliamentary Joint Committee on Intelligence and Security for their courageous, fully justified decision.”