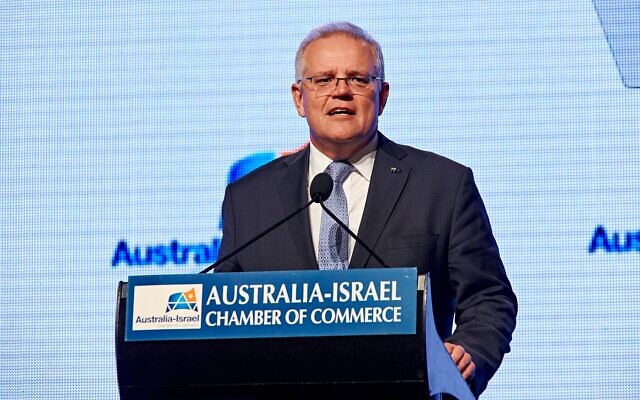 “WE will not associate Australia with one-sided and contentious language that singles out Israel or an event that champions such language,” Prime Minister Scott Morrison declared as he confirmed Australia would not participate in upcoming events commemorating the 20th anniversary of the Durban Declaration.

The move by the Australian government continues its policy of boycotting the event, which began after Israel and America dropped out of the United Nations original World Conference on Racism in Durban, South Africa in 2001, which singled out Israel as racist.

Australia did not participate in Durban II in 2009 or Durban III in 2011, along with a growing list of nations also boycotting the conferences for its virulent antisemitism.

Speaking at an Australia-Israel Chamber of Commerce (AICC) event in Melbourne on Thursday, Morrison said, “Not that it should come as a surprise from me and my government, but in 2009 and 2011, we did not attend the Durban Declaration meetings. We will not be attending them going forward. Our position is unchanged, a position that successive Coalition and Labor governments have reinforced since 2001.”

He added, “This is entirely consistent with my government’s very strong voting position on UN General Assembly resolutions in the Human Rights Council and elsewhere. We will continue that same approach to Durban for later this year. As I said at the Sydney Institute in December 2018, I do not accept that antisemitism, cloaked in the language of human rights, serves any justified purpose nor the cause of peace.”

“Prime Minister, our response to this, in Hebrew, is kol hakavod, in English, all the honour to you and your government. It is important for Israel to know that a country as well-respected internationally as Australia has its back,” Leibler said.

AIJAC executive director Colin Rubenstein added, “Australia has consistently taken a stand against attempts by conference participants to single out Israel and slur the Jewish people.”

Zionist Federation of Australia president Jeremy Leibler said, “The Prime Minister’s decision is a sign of leadership. It continues his government’s principled position of refusing to cooperate with the UN’s anti-Israel resolutions and activities.