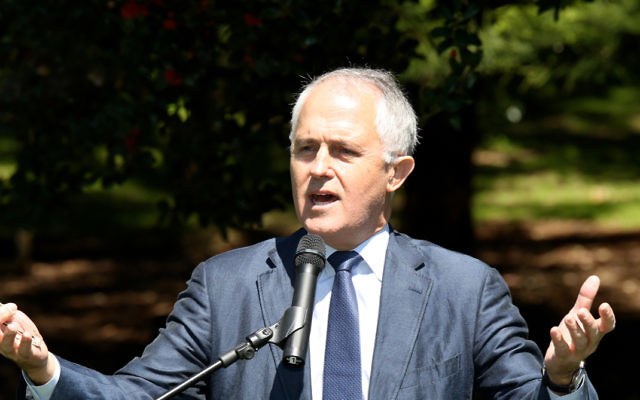 AUSTRALIA will not follow the lead of the United States and move its embassy to Jerusalem.

Following President Donald Trump’s announcement last week that the US recognises Jerusalem as Israel’s capital and will relocate its embassy from Tel Aviv, Prime Minister Malcolm Turnbull said that America’s decision “doesn’t have any effect on us in terms of what we will do”.

“Australia’s embassy will remain in Tel Aviv. Our policy position remains precisely where it has been for many years,” Turnbull said this week.

He noted that Trump campaigned with a pledge to move the embassy to Jerusalem “so it shouldn’t come as a surprise to anyone” that he made the announcement last week.

Victorian Liberal Senator James Paterson, meanwhile, tabled a petition in Federal Parliament of 8133 signatures from Christians for Israel, which called for the Australian Government to move its embassy to Jerusalem.

“The petition of the undersigned Australian citizens demonstrates that the visit of the Prime Minister of Israel to Australia in this very significant year of 2017, moves the signatories to request that the Australian government take immediate action to move the Australian Embassy, in Israel, from Tel Aviv to Jerusalem,” it states.

The petition notes that “Israel is the only country which does not have the senior diplomatic representative of the Australian government in its designated capital”.

“This is surely an act of unjustifiable discrimination that Australia could move to amend.”

Paterson said he is delighted to see growing recognition that Jerusalem is Israel’s capital and should be recognised by the international community.

“In time I hope all countries recognise Israel has the same right as any nation to choose its own capital city within its own borders,” he said.