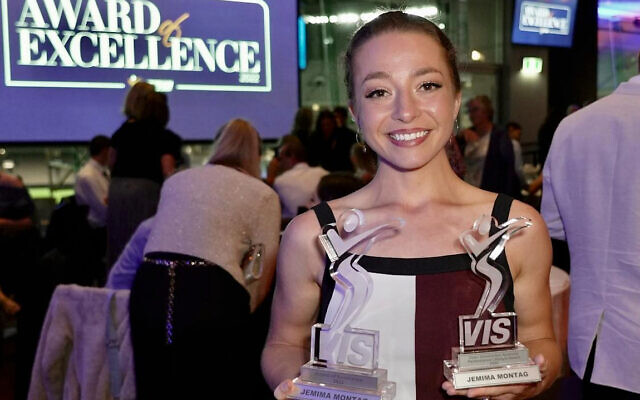 Jemima Montag has become the first race walker to win the prestigious Victorian Institute of Sport’s Award of Excellence.

“The Victorian Institute of Sport family is so special to be a part of,” Montag said when she accepted her award.

“Thank you for celebrating my year with these awards tonight, I’m overflowing with gratitude.”

She later commented on Instagram, “It is wild to join names like Dylan Alcott and Cathy Freeman”.

Montag is an incredibly strong community spirit and uses her profile as an elite athlete to create positive message with the community.

In 2022, she broke a record that lasted for 18 years – the 20km Australian and Oceania record – by 13 seconds, she won a second consecutive Commonwealth Games gold medal, and also nailed a top 4 performance at the World Athletics Championships.

It followed her impressive 6th place finish in her debut Olympic Games, in Japan last year.

Montag is passionate about encouraging people to move, eat well and connect through her role as an International Olympic Committee Young Leader, selected among a group of 25 athletes around the world.

She identified a decline in participation of young girls in sport and physical activity, which drove her to develop a program ‘Play On’ – focusing on how females can overcome their unique barrier to playing sport.

Play On was officially launched at an event hosted by Maccabi Victoria last month.

Montag has completed a Bachelor of Science degree ,and is currently studying medicine at the University of Melbourne.

The awards function was attended by over 300 Victoria Institute of Sport athletes, staff, partners, and stakeholders.