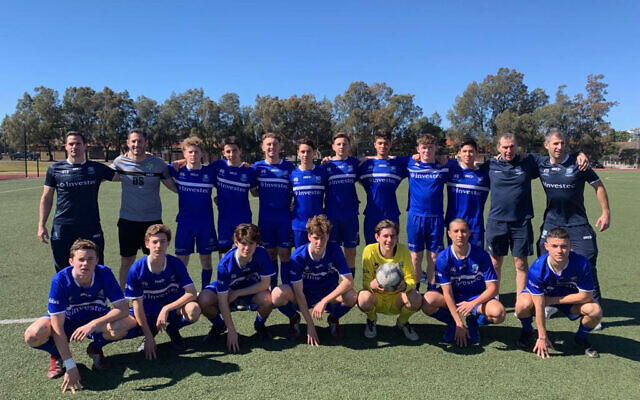 CIRCUMSTANCES forced Maccabi NSW to part with its tradition of hosting a presentation for its annual Jewish Sports Awards, but the winners for the 2019 calendar year were announced last Sunday by president Lauren Ehrlich, who said, “We are thrilled to honour and identify them.”

In a message to Maccabi members, Ehrlich noted “the unusual and challenging times with COVID-19”, but stressed, “We will get to the other side and emerge stronger.

“We are fortunate still to be able to recognise the outstanding achievements of members of our community” through these awards.

“These athletes and volunteers … act as role models and ambassadors, not only for their chosen sport but also to our wider community.”

Sportswoman of the Year

Sportsman of the Year

Junior Sportswoman of the Year

A talented endurance swimmer, Coghlan came first in the women’s North Bondi Roughwater Swim. She came second in the women’s field in the Cole Classic 5km Ocean Swim and first in the 16-19 girls’ division, and posted top five finishes in her age division in the 5km and 7.5km races at the Australian Open Water Championships.

Junior Sportsman of the Year

In 2019, Freund won gold in the karate kumite junior men’s individual under 76kg division events at both the NSW and Australian Karate Championships.

He also won gold at the Sydney All Styles Karate tournament, came first in his division’s teams final at the nationals, and won bronze at the nationals in the open junior men’s event.

Masters Sportswoman of the Year

In women’s bowls at Eastern Suburbs District level, Shotland was the singles runner-up, the Pennant division 1 winner, senior pairs winner (with Pam Stein), and was in the winning regional and state senior fours Easts team. She won gold in the pairs event at the Maccabi Interstate Bowls Carnival, skipped the winning Double Bay team in the District Shield, and made it through to the last 16 at the 2019 Australian Open.

Masters Sportsman of the Year

The Louis Platus Trophy winner for Club Administrator of the Year was Howard Silver (tenpin bowling).

The AJN Award for Club of the Year went to Maccabi NSW Golf Club.

The Hakoah U16 boys’ football team, which won the 2019 NPL1 NSW U16s premiership, received the York Family Award for Team of the Year.