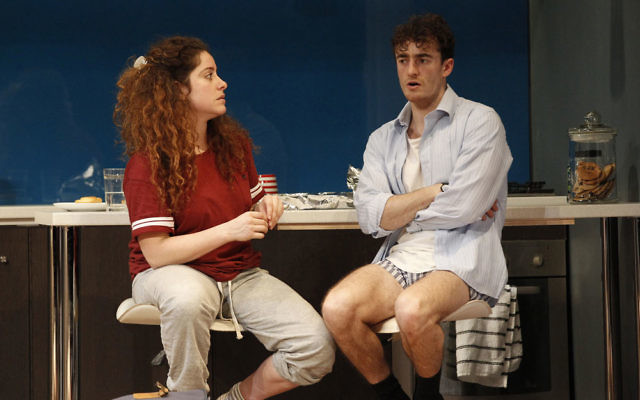 AFTER a sellout Melbourne season last year, Joshua Harmon’s play Bad Jews returns to the Alex Theatre, St Kilda on April 27 before embarking on a national tour to Sydney, Brisbane and Perth.

Set in a Manhattan apartment when three cousins meet on the night after the funeral of their grandfather, the trio squabble over a family heirloom with religious significance, which develops into a debate over family relationships and cultural identity.

In one corner is volatile, self-assured and unbending Daphna Feygenbam. In the other is her equally stubborn cousin Liam, a secular and entitled young man, who has his shiksa girlfriend, Melody, in tow.

Stuck in the middle is Liam’s brother, Jonah, who tries to stay out of the fray, but when he stakes claim to the heirloom, sparks fly as they all clash over family, faith and legacy.

It is produced by Aleksandar Vass in conjunction with the Vass Theatre Group.

Bad Jews is at the Alex Theatre, St Kilda from April 27 to May 8 and at the Everest Theatre, Seymour Centre from May 18 to June 4. Bookings: www.ticketek.com.au.