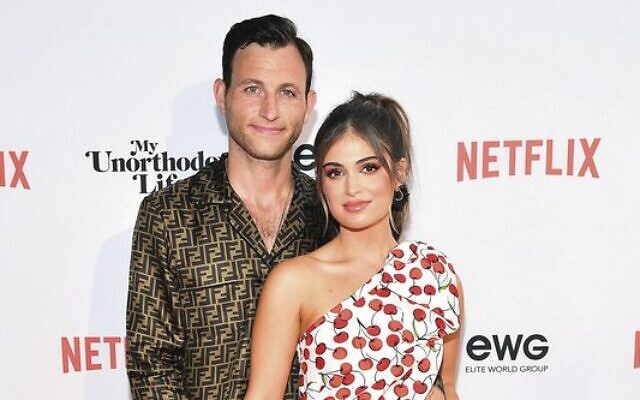 NOT that anyone especially cares, but celebrity Jewish couple Batsheva Haart and Ben Weinstein, of My Unorthodox Life fame, have called it quits.

The couple-no-more issued a joint statement last month reiterating a theme of the show; that their marriage at a young age – they were 19 when they tied the knot in 2012 – had been a strain.

“After time and consideration we have made the decision to separate,” they wrote on Instagram.

“We have so much love and respect for each other, but have realised that it is time to take time and space to ensure that each of us live the most joyous, fulfilling lives possible.

“There are no secrets nor salacious events to blame. We are just two best friends who met at a very young age and have grown over the past nine years, each in our own way.”

Haart and Weinstein were raised in the Orthodox community of Monsey, New York, where couples typically marry shortly after high school. Their traditional wedding took place just weeks before show-runner Julia Haart left the community and shed her Orthodox practices.

Over time, they and the rest of the Haart family accompanied their mother into her new life in Manhattan, where her career and marriage thrust them into the world of the rich and Instagram-famous.