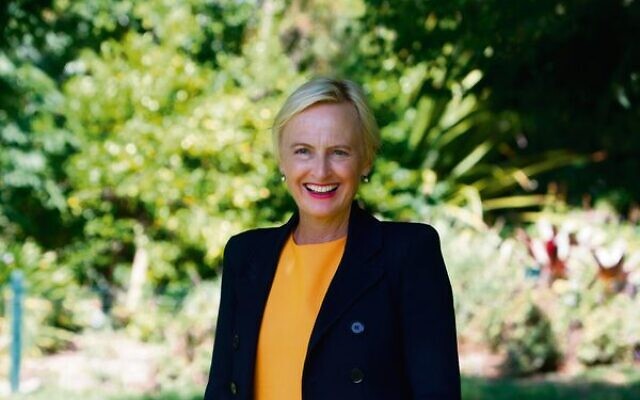 KATIE Allen, Liberal MP for Higgins, was among five Coalition MPs who crossed the floor this year to vote for amendments to the Sex Discrimination Act in order to prohibit religious schools from discriminating against transgender students under the Religious Discrimination Bill, which PM Scott Morrison has now pledged to reintroduce if re-elected.

Explaining her “two-year deep engagement” with Higgins residents on the issue, including the LGBTIQ community and faith leaders, among them the Jewish community, Allen said her vote supported the bill, but not an amendment that left LGBTIQ students exposed to potential discrimination.

“I believe the bill may come back for further debate in the future … but I believe we have a position that is negotiable.”

“I’m very proud of the fact that I said to the PM when I first met with him that it should not be ‘if’ but ‘how and when’ – and he has actually moved his narrative.”

Asked about BDS, Allen described it as “a one-sided narrative”.

“Middle East peace is a very complex issue. I’ve been to Israel … and I don’t believe aggressive, activist language helps us to have a solution which should be a two-state solution.”

Pressed on the government’s handling of the pandemic, particularly vaccinations, she recalled that last year Australians were wary of the efficacy and safety of vaccines and complacent because her government’s border policy kept case numbers low by world standards. For her part, Allen had called for the bipartisan National COVID-19 Health and Research Advisory Committee, of which Doherty’s Professor Sharon Lewin is a co-chair.

Becoming the Higgins MP on a 3.9 per cent margin in 2019, she described her seat as “marginal” with a high turnover in parts, stating, “I’ve been in the community each and every day … that’s all you can do, work as hard as you can, listen as hard as you can.”