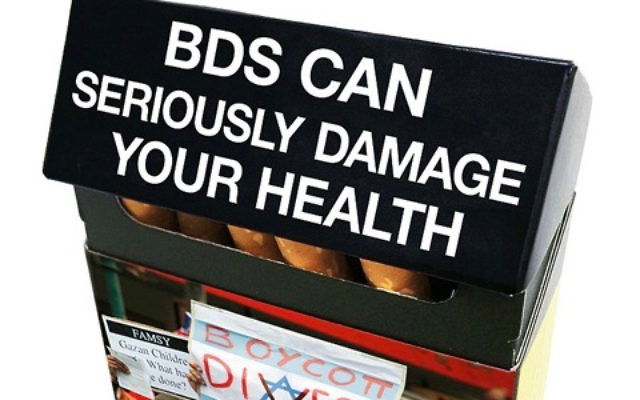 The motion was passed by the HSU’s #4 branch in Victoria, which represents medical scientists, psychologists, pharmacists and dieticians.

“Of course we have a res-ponsibility to the interests of our members, but my members accept that we must have movement in our affairs to taking a stand on international issues.”

The motion will now be considered by the national executive of the HSU next month, but Diana Asmar, state secretary of the Health Workers Union (HWU), the biggest union within the HSU, and Dr Henry Pinskier, a former vice-president of the Australian Labor Party (ALP) and former director of the Alfred Hospital, said the motion has no place in the union movement.

“This motion is misguided, ignorant, and quite frankly, mad,” the pair said.

“It is not a trade union’s job to delve into international geopolitical affairs or to raise misguided and anti-Semitic motions.

“The HWU is in no way supportive of the obnoxious and ugly BDS campaign proposed by another, minuscule branch of the HSU.

“The Israeli government is not standing by the phone waiting for the union’s call.”

Asmar and Pinskier noted that Israeli-developed health technology products are vitally important for patients. They include MRI units, CT scanners, ultrasound machines, cardiac medical devices, drugs used for a multitude of purposes such as cancer therapies, cardiac therapies, and autoimmune therapy, as well as for treating conditions such as AIDS & HIV, liver disease, emphysema, epilepsy, and Parkinson’s.

They asked: “Which health professional for instance would walk away from preventative drugs like Copaxone developed in Israel for the treatment of MS?

“The HWU is a friend of Victoria’s Jewish community and recognises the technological advancements of the State of Israel in the field of modern medicine.”

The pair also noted that the leadership of the ALP and the ALP national conference both emphatically rejected any association with the BDS movement.

Describing the motion as unacceptable, B’nai B’rith Anti-Defamation Commission chairman Dr Dvir Abramovich said, “The HSU has decided to promote a fervently vicious and one-sided resolution that unfairly lays of all the blame at the feet of Israel and which seeks to isolate and demonise the Jewish State.

“It is alarming that the HSU, rather than building bridges between communities, and fostering important dialogue, has chosen the path of divisiveness which runs counter to our values.

“We call on all HSU members to reject this misguided and counterproductive resolution.”