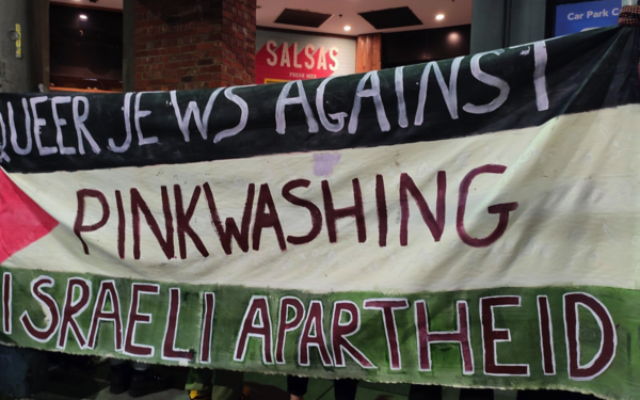 The international boycott, divestment and sanctions (BDS) campaign against Israel is essentially war by other means – a non-violent, but nevertheless extremist strategy intended to coerce Israel into surrendering to maximal Palestinian demands.

It is not about ending the Israeli occupation of the West Bank or blockade of the Gaza Strip, or challenging specific Israeli policies. Rather the sole aim is to paint Israel as an allegedly racist and colonialist state which has no right to exist.

The method used is one of racial or ethnic stereotyping based on labelling all Israeli Jews as an oppressor people.

The proposal for a BDS emanated from the UN Durban Conference in September 2001. The forum, which was characterised by blatant antisemitism as well as anti-Zionism, urged the cessation of all relations with Israel. The first major manifestations of BDS occurred in April and May 2002 when groups of academics in Europe and Australia urged a boycott of all Israeli academics and academic institutions.

The timing of these initiatives was instructive in that they commenced immediately following the height of the Palestinian suicide bombing attacks in March 2002 which killed 63 Israelis and injured many hundreds. Yet the initiators of the academic boycott campaign chose to blame the Israeli victims of terror, and defend the Palestinian perpetrators.

The BDS campaign was formalised in July 2004 when 60 Palestinian organisations publicly called for an academic and cultural boycott of Israel. The BDS campaign has three key aims. Firstly, to end the Israeli occupation of lands occupied in the 1967 War including East Jerusalem. This demand seems on the surface to be a reasonable demand, and potentially compatible with a two-state perspective. However, their 2005 statement demands that Israel “end its occupation and colonisation of all Arab lands”. Given that the Palestinian national movement prior to 1993 defined even Israel within the Green Line borders as Occupied Palestine, this implies a rejection of Israel’s very existence.

Secondly, to achieve full equality for the Arab-Palestinian citizens of Israel. This call for equality for Arabs living in Israel also seems potentially in accord with a two-state solution. But the ambiguous language used in the BDS statements suggests that the true agenda is not civil equality for all citizens of Israel, but rather collective national rights for Arabs requiring the transformation of Israel into a bi-national state, or worse. As such, BDS supporters are prone to suggest that Jews are not a bona fide nation deserving of national rights of their own.

Thirdly, to support the rights of Palestinian refugees including their demand for a Right of Return to Israel. The first and foremost priority of BDS is to reverse the events of 1948 – i.e. the foundation of Israel – that led to the Palestinian refugee tragedy.

The inclusion of the right of return is no aberration. Indeed, many key BDS activists call for the establishment of a “secular democratic state” of Palestine. This is the so-called one-state solution, which would see a single, non-Jewish state created between the Jordan River and the Mediterranean. The return of potentially six million Palestinians would massively change the demographic composition of Israel and almost certainly turn the Jewish population into a disempowered minority. It is inherently inconsistent with a two-state solution.

The major manifestations of the BDS movement in Australia have included academic boycott petitions, protests against Israeli-connected businesses, boycotts of individual Israeli scholars, the infamous Greens Marrickville Council motion, and the recent attempts by BDS advocates to bully and harass participants in the Sydney Festival and the Melbourne Queer Film Festival to withdraw. The language used by Australian BDS advocates is consistently binary. They glorify all Palestinian Arabs as inherently good, and all Israeli Jews as bad people that deserve to be excluded and silenced. They do not use any positive terms such as peace, reconciliation, compromise or tolerance that might advance conflict resolution.

The only effective political response to the BDS movement is promoting strategies to advance a negotiated and sustainable two-state solution that will guarantee the long term national rights of both Israeli Jews and Palestinian Arabs in adjoining states. That win-win solution is most likely to be progressed today by bottom-up dialogue between ordinary Israelis, Palestinians, Jews and Arabs.

It is precisely these forms of respectful constructive engagement potentially facilitating creative strategies for peace and reconciliation that the ethnocentric BDS movement is determined to prevent.

Professor Philip Mendes is the co-author of Boycotting Israel is Wrong.