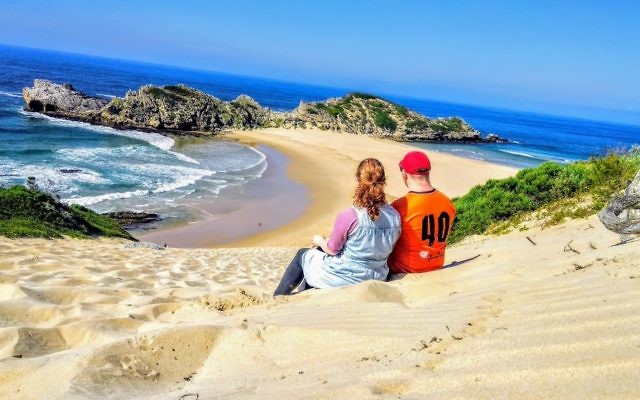 So when Kahlberg, 24, returned to South Africa last November on holidays with his girlfriend, Gili Smart, they travelled along the  the popular Garden Route from Cape Town to Plettenberg Bay, a popular summer holiday destination.

“I remembered the beautiful Robberg Nature Reserve and so we went back there to walk along the beautiful sandy beaches,” he said.

When they found an idyllic spot, Kahlberg set up his mobile phone on a tripod to take the holiday photo which has won The AJN’s holiday photo competition.

The prize is a two-night stay at The Reef House in Palm Cove, just 25 kilometres north of Cairns in tropical Queensland.

The Reef House is a boutique resort set in a colonial-style complex with 67 rooms and suites. It is situated on the beachfront in the heart of Palm Cove, which has a relaxing seaside village atmosphere.

“I have family in Johannesburg, so went to visit them while also going on safari in the Kruger National Park,” he said.

“We stayed in Plettenberg Bay for a couple of days and went Shabbat services at the small shule.”

The winner of the best sunrise/sunset photo is Sharon Flitman, whose entry was taken on New Year’s Eve at Mordialloc beach.

“I’m thrilled to win the competition as I have been entering photos for many years,” said Flitman, 28, a Melbourne speech pathologist.

She wins a two-night stay at Peppers Soul, Surfers Paradise in a two-bedroom ocean view apartment, including breakfast for four people.

Mordialloc beach is one of her favourite spots for sunset photos –  two years ago another photo was a finalist in The AJN’s sunrise/sunset competition.

However, Flitman almost did not make it to Mordialloc beach last New Year’s Eve.

“We had driven from Newcastle that day and only arrived in Melbourne about 8.30pm and instead of going home made a spontaneous decision to go to the beach to watch the fireworks at 9pm,” she said.

“It was packed with people waiting for the fireworks and I got a great shot with my digital SLR camera.”

The winner of the reader competition to correctly select the winning photos is Minna Weiner of East St Kilda, who wins a a two-night stay at the luxury Sofitel Noosa Pacific Resort in the heart of Noosa on the Sunshine Coast. 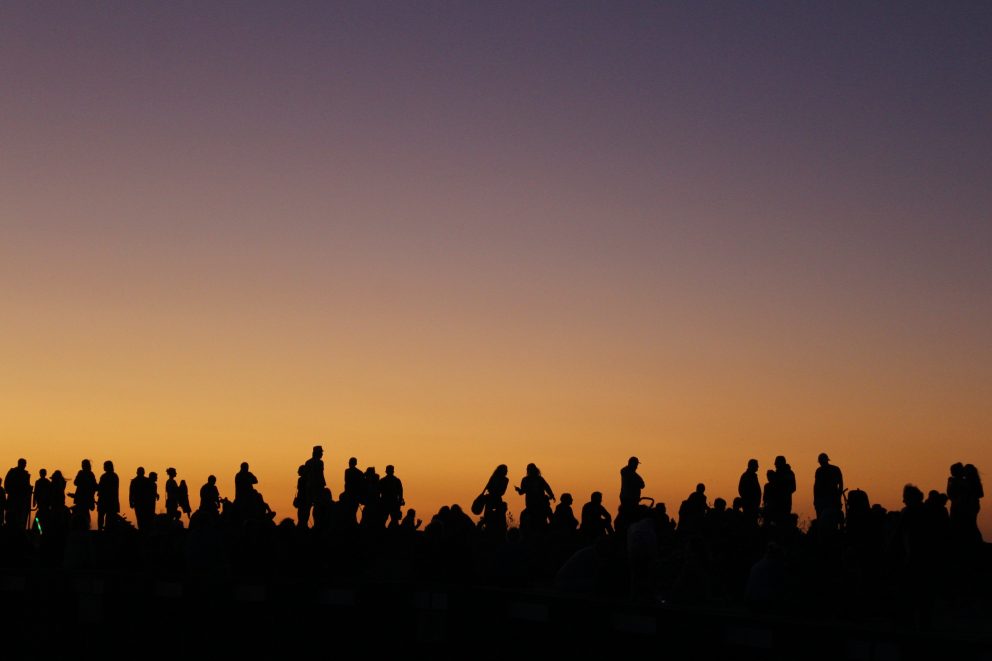