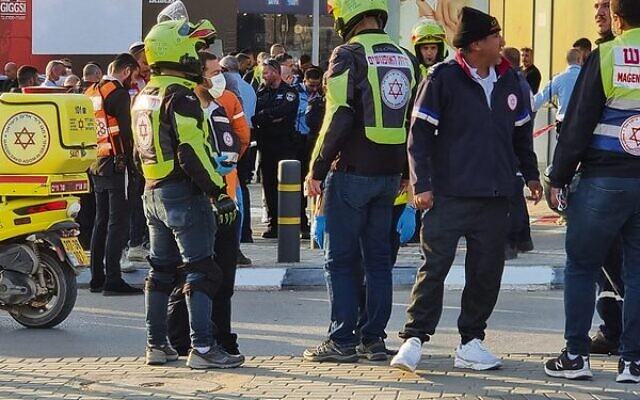 The scene of the car ramming and stabbing attack outside a shopping centre in Beersheba. Photo: Flash90

ISRAELI leaders vowed on Tuesday to act firmly against terror after an Arab Israeli man killed four people and wounded several others in a stabbing and ramming attack in the southern city of Beersheba.

According to police, the assailant first stabbed a woman to death at a gas station in the southern city. He then entered his car and rammed a cyclist, before getting out again and stabbing several people at the shopping centre.

The terrorist was confronted by an armed bus driver, who attempted to get him to lower his weapon, footage from the scene showed. The attacker lunged at the driver, who shot him several times alongside a second armed Israeli civilian. Israeli first responders reported that the stabber died from his gunshot wounds.

Magen David Adom medics reported that a woman died on the scene after being stabbed. Five other victims of the attack were rushed to Soroka Medical Centre, where the cyclist and two of the stabbing victims died of their wounds.

The four victims were named as Doris Yahbas, 49, a mother of three, Laura Yitzhak, 43, another mother of three, Rabbi Moshe Kravitzky, a father of four, and Menahem Yehezkel, 67. The remaining two victims of the attack remained in serious but stable condition.

The Hamas terror group praised the stabbing attack, saying it “salutes the executor of the heroic operation in occupied Beersheba”. The terror group did not claim the stabber as a member, however. 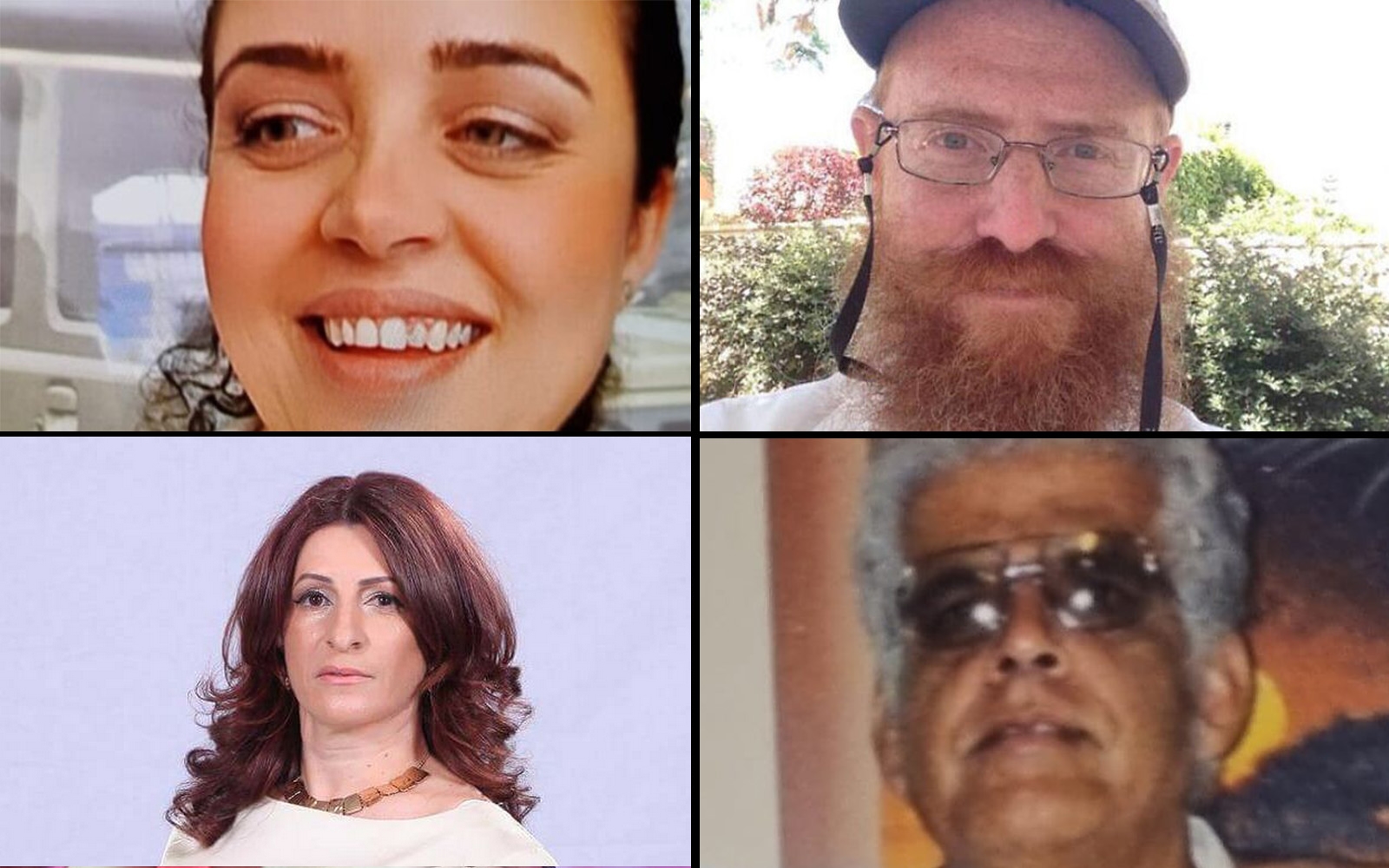 Palestinian media identified the stabber as 34-year-old Mohammad Ghaleb Abu al-Qi’an, a terror convict from the Bedouin town of Hura in the Negev. Abu al-Qi’an had served four years in prison for plotting to join the fundamentalist Islamic State terror group in Syria. He was released in 2019.

In the wake of the attack, Israeli Prime Minister Naftali Bennett said security forces would track down any accomplices and praised the quick action of armed civilians who shot the attacker, preventing anyone else from being harmed.

“I send my deepest condolences to the families of those killed in the horrific attack in Beersheba and pray for the safety of the wounded,” Bennett tweeted. “The civilians who shot the terrorist showed determination and courage, and prevented further victims.

“We will act with a strong hand against those who carry out terror,” Bennett wrote. “We will hunt and reach those who help them.”

He said security forces were at “maximum alert”.

“The IDF and security forces will use all means to prevent terrorist incidents, as much as possible. We are on high alert against all threats in all areas,” Gantz said.

“We will make sure that anyone who encourages or supports the latest attacks will pay a price,” he added. 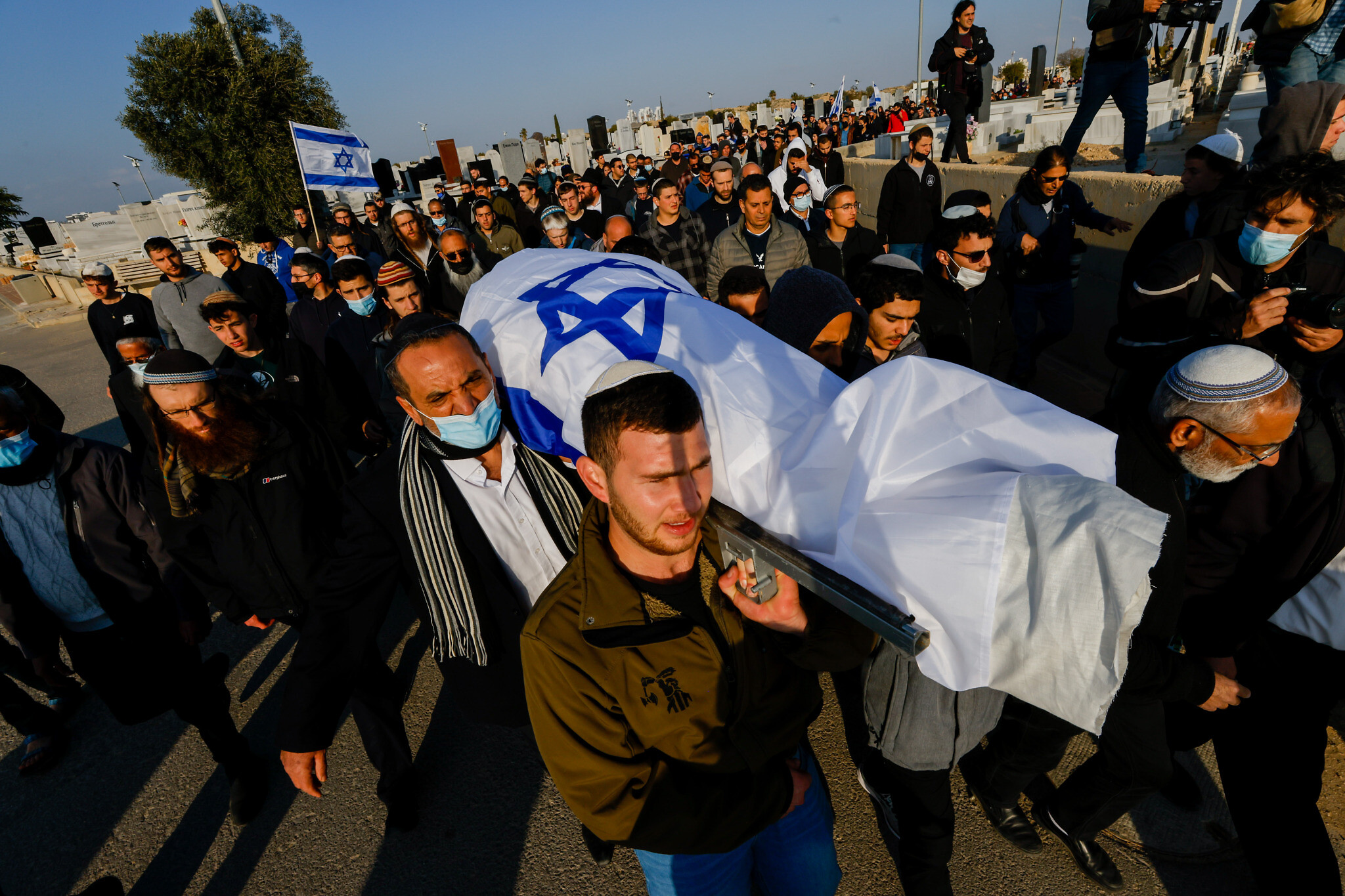 Mourners carry the body of 67-year-old Menahem Yehezkel during his funeral at the cemetery in Beer Sheva, southern Israel, on March 23, 2022. Photo by Olivier Fitoussi/Flash90

Public Security Minister Omer Barlev said the attack was carried out by a “cursed terrorist”, lamenting the assailant’s release from prison in 2019.

“We will not rest until we eradicate nationalist terrorism, hunt down and push back the terrorists wherever they are,” Barlev said.

Foreign Minister Yair Lapid tweeted his condolences to the bereaved families and wished a full recovery to those injured.

“Anyone who tries to harm innocent civilians needs to know that Israel will lay hands on them and bring them to justice,” Lapid said.

Other ministers also offered their condolences, as well as messages of determination to maintain law and order in the south, where local residents for years have complained of a general lawlessness that includes violent crime and firearms offences.

“A difficult and painful evening,” wrote Justice Minister Gideon Sa’ar. “The criminal attack demonstrates our duty to strengthen governance in the Negev. In the face of the phenomenon of radicalisation, it is necessary to act firmly and preserve the sovereignty of the state throughout its territory.”

“We will continue to act with all means at our disposal to ensure the safety of Israeli citizens,” tweeted Finance Minister Avigdor Lieberman.

Interior Minister Ayelet Shaked offered her condolences to the bereaved families and speedy recovery for those injured, while saying she “salutes the brave citizens who prevented the murder of additional people”.

Labor Minister Merav Michaeli said, “The struggle to lead safe lives in our land is not over, and we need to do everything that will achieve it.”

Opposition leader Benjamin Netanyahu said the attack “demands immediate action to catch all those who were responsible for it and to bring them to justice”.

Ra’am issued a statement condemning the “despicable attack in Beersheba”, and sending condolences to the families of those killed.

Joint List leader MK Atman Odeh later tweeted that he “read with shock about the murderous incident in Beersheba”. Offering condolences for the victims’ families and wishes of recovery to those injured, he added, “Violence is not our way and we must strongly condemn it.”

The Shin Bet said it was investigating the attack.