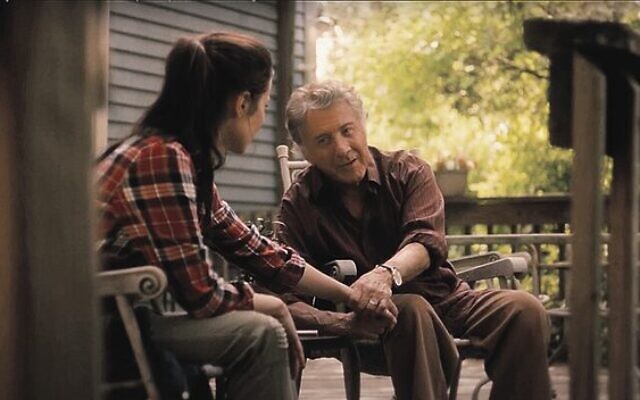 Dianna Agron and Dustin Hoffman in As They Made Us. Photo: YouTube

A trailer is out for Mayim Bialik‘s new movie As They Made Us starring Dustin Hoffman, Candice Bergen, Bialik’s Big Bang Theory co-star Simon Helberg and Glee‘s Dianna Agron.

According to multiple sources, the comedy-drama centres on the quest of a divorced mother (Agron) to bring her estranged brother back to the family to visit her dying father (Hoffman) while navigating a second chance at love.

Helberg, who memorably played a junior rabbi in the Coen Brothers’ A Serious Man (“Look at the parking lot, Larry!”) will play the brother. In an interview with USA Today, Bialik revealed that Helberg was the “first person I cast in my head”.

In the interview, Bialik described how her screenplay was born out of her mourning for her father Barry. Bialik said that after observing the “year of mourning that we do in traditional Judaism … I felt an urge that I’ve never felt before to start putting down in writing a lot of my experiences”.

“And literally, I ended up with a screenplay,” she said.

The result was “a wonderful accident”, added the Jeopardy! host who cited fellow director Eliza Hittman as a filmmaking inspiration.

As They Made Us will be Bialik’s feature directorial and screenwriting debut.