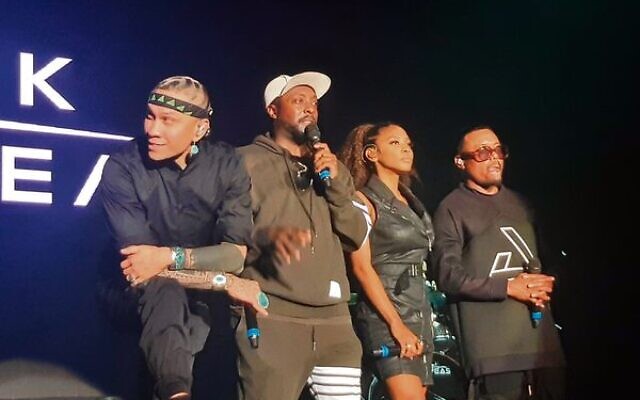 THE Black Eyed Peas performed at Jerusalem’s Pais Arena last week, the first major international show in Israel since the beginning of the COVID pandemic.

It was an appropriate choice for the long-awaited return to the concert stage, with group mastermind will.i.am a longtime friend of Israel, from his Jewish lyrics and friends to investments in Israeli technology. Israel’s IMPROVATE innovation conference, featured him as a panelist earlier in the day.

During the show, he called the Israeli crowd his mishpocha, lauding Israeli soldiers and front-line COVID workers, and expressed his desire to play for Palestinians, before launching into the hit Where is the Love?

Ahead of the concert, BDS-supporting Artists for Palestine UK called on the Black Eyed Peas to cancel the show. But at a press conference earlier in the day, will.i.am explicitly rejected calls to boycott Israel.

“I’m a musician and a tech enthusiast and people like our music,” he said.

“Do I turn my back on people that live here because of politics? No, that’s not the way we were built. So, you know, there’s beautiful people here as well as beautiful people in Palestine. And one day we want to go there too.”