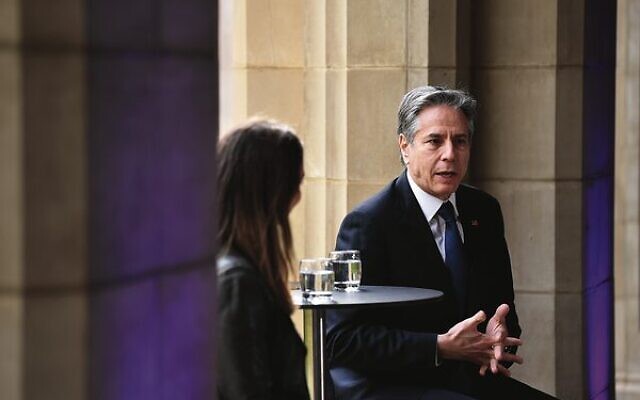 US Secretary of State Antony Blinken may have been in Australia last week for the Quad security dialogue between the US, India, Japan and Australia, but the most senior member of President Joe Biden’s administration also took the opportunity to share wistful memories of a special connection Melbourne holds for his family.

It’s the city that nurtured his late stepfather Dr Samuel Pisar as a young Auschwitz survivor.

Polish-born Pisar, who lost his parents and sister to the Nazis, was sent to Australia to be cared for by two Melbourne uncles.

Excelling in law at the University of Melbourne, the honours student was helped by law school dean Zelman (later Sir Zelman) Cowen to further his studies at Harvard.

Pisar’s visionary doctoral thesis on liberalising East–West trade caught the eye of John F. Kennedy. When he became president, Kennedy made Pisar an adviser, adopting some of his trade ideas.

“Given where I’d come from, to watch the president make a TV policy statement which I had helped to draft was unreal, to the say the least,” reflected Pisar, during an exclusive hour-long interview with The AJN in 2007.

In Melbourne to reunite with Sir Zelman, Pisar said Australia “redeemed me morally and intellectually after an adolescence spent in the infernos of Europe”.

His 1971 trade speech in Ukraine was credited with influencing Congress to tie trade to Soviet Jewish emigration.

In 2007, Pisar spoke glowingly to The AJN of his stepson Blinken, son of his wife Judith, and a staff director on the Senate Foreign Relations Committee.

Blinken would later become deputy assistant to president Barack Obama and national security adviser to Biden as vice-president. But Pisar, who died in 2015, did not see Blinken become Secretary of State after Biden won the 2020 election.

Relating his stepfather’s life to students at the University of Melbourne on Thursday, Blinken reflected, “For him and thus for our family, Australia has a particularly special place. It showed, after a demonstration of how humanity is capable of the worst, it’s also capable of the best – literally bringing someone back to life in every aspect of what that means.”

Blinken acknowledged a special audience guest, Melburnian Paul Kaufman, whose father Ben was a survivor and friend of Pisar – brought to Australia with Pisar after the war, at his stepfather’s insistence.

Over applause, Blinken added, “Ben, his wife Bebka, Paul, Molly, his sister – we’ve all been mates for life, and so good to see you, my friend.”