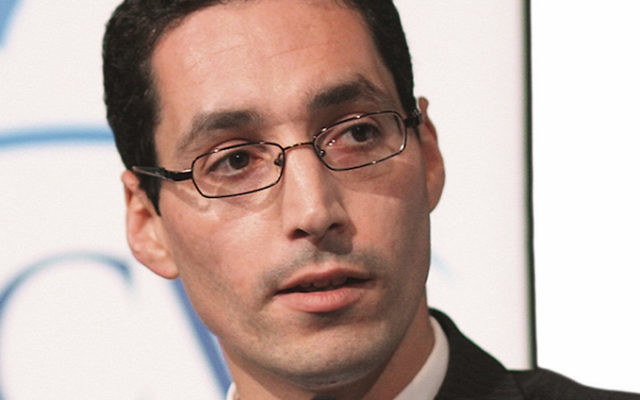 ASKED to name his favourite characteristic of the Australian Jewish community, Anton Block reflected he is “energised” by the community’s ability to unite when it counts.

For Block, the incoming ECAJ president, there is no better example than last Sunday’s annual meeting of the Australian Jewish roof body in Sydney.

With the ECAJ presidency rotating to Melbourne for the next three years, outgoing ECAJ president Robert Goot of Sydney has passed the baton to Block, 44, a father of three and a commercial lawyer with a long history of communal involvement.

Block, the 19th ECAJ president, recalled his introduction to Jewish volunteering in 1991, when along with the late Caryn Topol, he established a young volunteers group, B’nai Mitzvot, in partnership with the Jewish Welfare Society (now Jewish Care).

He immersed himself in the community, joining the board of the North Eastern Jewish Centre in 1994, joining the Jewish Community Council of Victoria (JCCV) in 1998, and becoming JCCV president in 2005. He chaired the B’nai B’rith Anti-Defamation Commission in 2010 and became president of St Kilda Hebrew Congregation two years later. He was appointed to the ECAJ board last year.

Block said under his presidency, the ECAJ would continue advocating for community security funding for schools and communal organisations.

The roof body is preparing its submissions for a government inquiry after the latest proposals to change the Racial Discrimination Act’s Sections 18C and 18D, which make it unlawful to “offend, insult, humiliate or intimidate” on the basis of race or ethnicity.

In 2014, the ECAJ was “very vocal that there should not be any amendments … and that remains our view”, he said. “Where the problems are is in the administration, not in the law itself.”

Block said during his term, the ECAJ will receive reports from the Royal Commission into Institutional Responses to Child Sexual Abuse, will continue to combat anti-Semitism and will strive to expand interfaith relations.