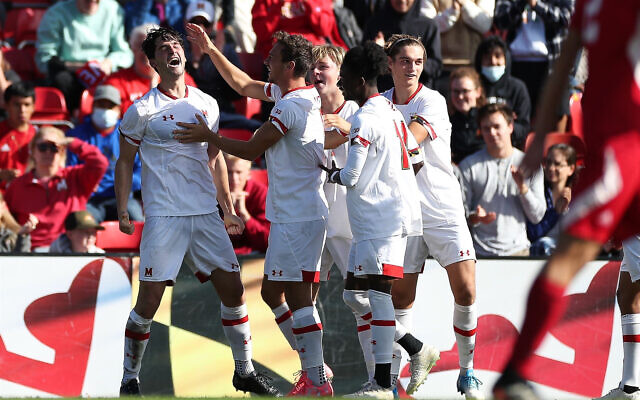 Ryan Blumberg (left) after scoring a goal in his first start for the Maryland Terrapins. Photo: Zach Bland/University of Maryland

FIST pumps, a giant roar and a sudden flow of joyous, uncontrollable tears on Ryan Blumberg’s face, when surrounded by teammates, gave it away in an instant.

The Sydney native, who turns 23 next month, had just scored much more than a goal for the University of Maryland Terrapins in a high-stakes home match against Indiana on November 1.

Yes, the 49th-minute textbook header into the back of the net off a corner was the talented centre-back’s first career goal. And it set the foundation for a 2-0 win that secured second place for his side in the last round of the Big Ten college football regular season, propelling them into the quarter-finals.

But the Moriah graduate and former Hakoah FC and U23 Charlton Athletic defender’s gutsy journey to make that moment possible was what meant so much to him, his teammates and coach, as well as his family back home. 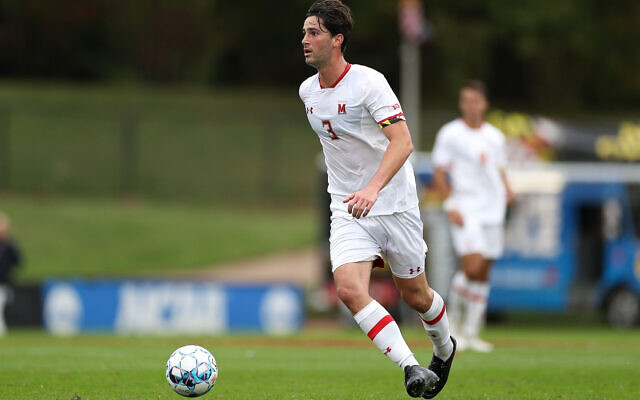 Despite it being his third and final year of a football scholarship at the US college, and his commitment to training being second to none, a series of cruelly reoccurring injuries kept putting Blumberg out of contention for match day line-ups.

Blumberg was only able to play for a total of 20 minutes, off the bench, in two matches in the past two seasons, yet he remained remarkably resilient.

So when given the unexpected chance to earn his first start for the Terrapins against Indiana – in a fixture dedicated to celebrate the squad’s senior players – he was determined to make every moment count.

In his 53 minutes on the field, Blumberg helped keep a clean sheet for the Terrapins, and was so effective that two days later he was named the Big Ten’s Defensive Player of the Week.

His goal was a fitting, if unexpected, bonus that naturally set off all emotions. 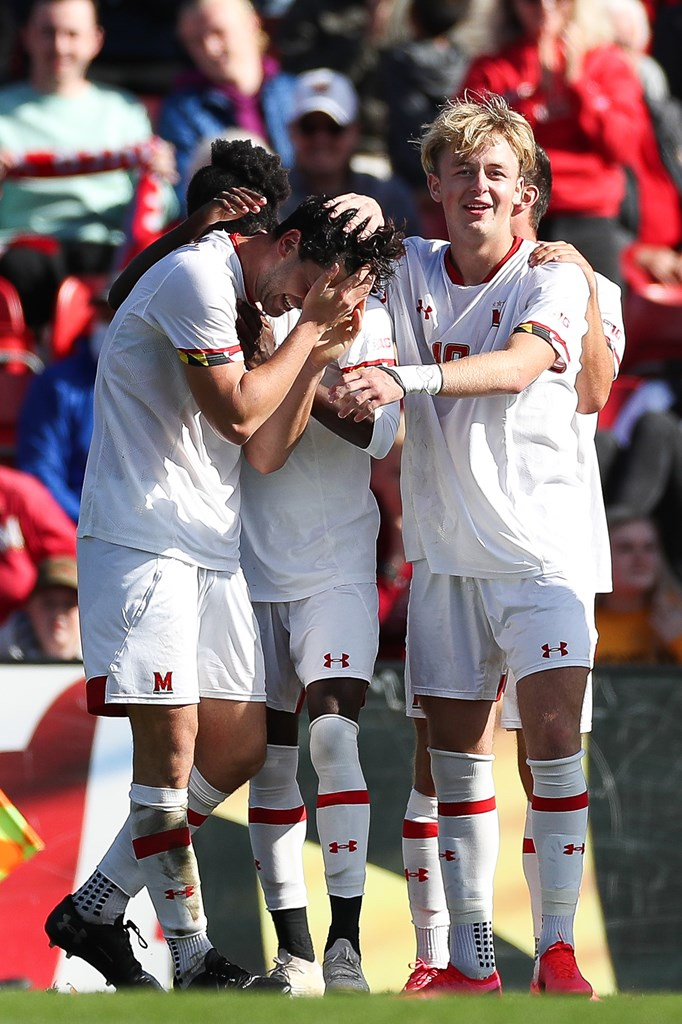 Terrapins coach Sasho Cirovski said, “Today Blumberg’s moment came, and he was ready for it.

“To get a goal in the fashion that he did, and to see him emote on the field with tears, I think it was the stuff dreams are made of.”

Blumberg’s backline teammate Nick Richardson put it this way: “I think it was the commemorative moment of the season.”

In a post-game interview with the Big Ten Network, Blumberg said, “All the emotions of everything I’ve gone through over the past few years just really hit me.

“It was this surreal, special moment, and I can only be thankful to my teammates who supported me the whole way, the coaching staff, my family and friends.” 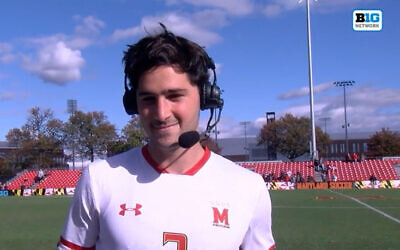 Ryan Blumberg in a post-game interview on the Big Ten Network.

In a gruelling Big Ten quarter-final on November 8 versus Northwestern University, Maryland bowed out in a penalty shootout, but are still likely to qualify for a National Collegiate Athletic Association tournament that begins on November 19.

Blumberg told The AJN that while that loss was “really disappointing … as we had the better chances throughout the game but ultimately could not score”, he was happy with how he performed in his 60-minute start.

“My body is feeling really good, so I’m hoping to stay fit and continue progressing in the remainder of the season.” 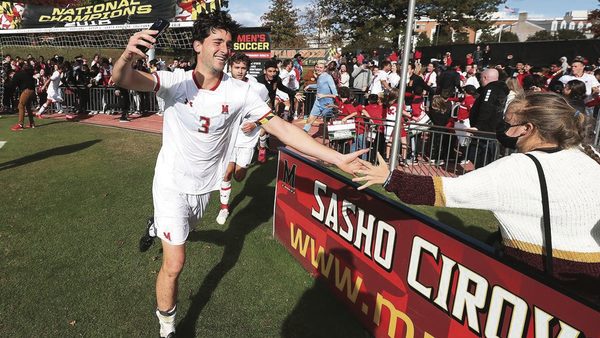