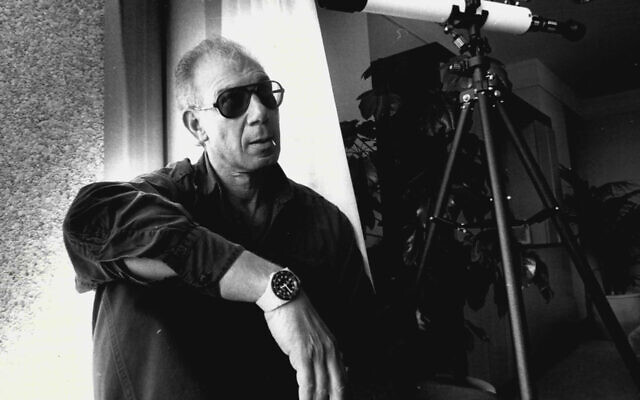 Bob Rafelson, who died at his home in Aspen on Saturday at the age of 89 from lung cancer, was a Jewish titan of New Hollywood, a regular collaborator of Jack Nicholson and a director and producer of work that would go on to influence a new generation of filmmakers.

Often aided by copious amounts of drugs, Rafelson bridged the gap between mainstream Hollywood and the country’s then-thriving counterculture scene, introducing various bad-boy free spirits to the masses with cutting-edge fare like Five Easy Pieces, Easy Rider and The King of Marvin Gardens.

Born in New York to a Jewish family of hatmakers, Rafelson was a nephew of Samson Raphaelson, the playwright who authored The Jazz Singer — the story of a cantor’s son who becomes a nightclub singer which would later become the basis of the first-ever movie with sound.

Rafelson developed the original concept for The Monkees, a fictional rock band closely modeled on the Beatles that formed the basis of a mega-popular 1966 sitcom and series of albums. The success of the show and its music led to a blurring of the lines between real and fictional, as The Monkees became as big a band as any other of the time period and won their creator an Emmy.

With the proceeds from The Monkees, Rafelson entered a period of wild experimentation that would form the basis of what would become New Hollywood — creator-driven low-budget films, heavily inspired by European new waves, often featuring loose free-associative plots and made in a collaborative setting.

He and Nicholson teamed up to make Head, a 1968 film starring The Monkees that was far-out, plotless and trippy. Audiences hated it, but Rafelson found his calling. With his Jewish friend Bert Schneider (with whom Rafelson had also worked on The Monkees) and childhood friend Steve Blauner, he formed a new production studio, BBS Productions, and helped to produce Dennis Hopper’s 1969 classic Easy Rider, about two motorcyclists on a cross-country road trip.

The following year Rafelson co-wrote and directed Five Easy Pieces, another era-defining road movie starring Nicholson as a former piano prodigy turned drifter who works in an oil field. The film was nominated for four Oscars, and helped make Nicholson a major star; Roger Ebert called it a “masterpiece.”

Rafelson next produced Peter Bogdanovich’s The Last Picture Show, and would direct Nicholson again in The King of Marvin Gardens, cementing his reputation as a key figure of the New Hollywood movement and BBS’ reputation as a clubhouse for all of the film industry’s cool kids.

BBS faded after the mid-1970s, but Rafelson continued to direct into his later decades, including a 1981 remake of noir classic The Postman Always Rings Twice that was the screenwriting debut of Jewish playwright David Mamet. He also continued a lifelong creative partnership with Nicholson. His final feature-film directing credit was the 2002 thriller No Good Deed, starring Samuel L. Jackson.

Filmmakers including Quentin Tarantino and Paul Thomas Anderson have spoken often of their admiration for New Hollywood and Rafelson’s work. Tarantino would later call Head “obviously one of the most inventive movies ever made.”