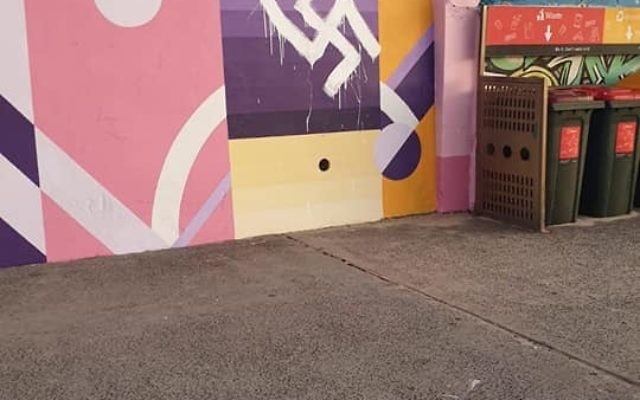 SWASTIKAS have been scrawled along Sydney’s Bondi Beach promenade for the second time in two months.

NSW Police are investigating after a number of swastikas were found painted on the famous art wall early on Wednesday morning. The swastikas have since been removed.

A police spokesperson told The AJN officers arrived at the scene at 7.15am after reports of malicious damage on Queen Elizabeth Drive.

It comes after approximately 20 swastikas were daubed along the same promenade in February.

NSW Jewish Board of Deputies chief executive Vic Alhadeff condemned the incident and said the swastika represents the ultimate in racial hatred.

“It also represents the Nazi regime which our country fought against so bravely in World War II,” Alhadeff said.

“The residents of Bondi will join all well meaning Australians in condemning this act of blatant antisemitism.”

“Just days before Passover (Pesach), it is deeply disturbing to see this hateful expression of antisemitism in one of the most public places in Australia,” Sharpe said.

“This is not just an act of vandalism, it is a clear and calculated hate crime aimed at causing maximum harm and offence.

“These appalling acts have no place in our society.

“This is a reminder that we have to be vigilant and speak out against these sorts of sickening attacks.”

Waverley Council general manager Ross McLeod said he was “appalled” at the vandalism.

“We understand the extreme distress, anguish, fear and disgust that the swastika and derogatory language can elicit especially within Australia’s multicultural community and amongst all fair-minded people,” he said.

“Racism has no place in our culturally diverse community and we condemn the vandalism in the strongest terms.”

Liberal candidate for Wentworth Dave Sharma added, “I thoroughly condemn this antisemitic attack and the hatred and intolerance it represents. I support calls to improve security measures to ensure the perpetrators of these vile acts are held accountable.” 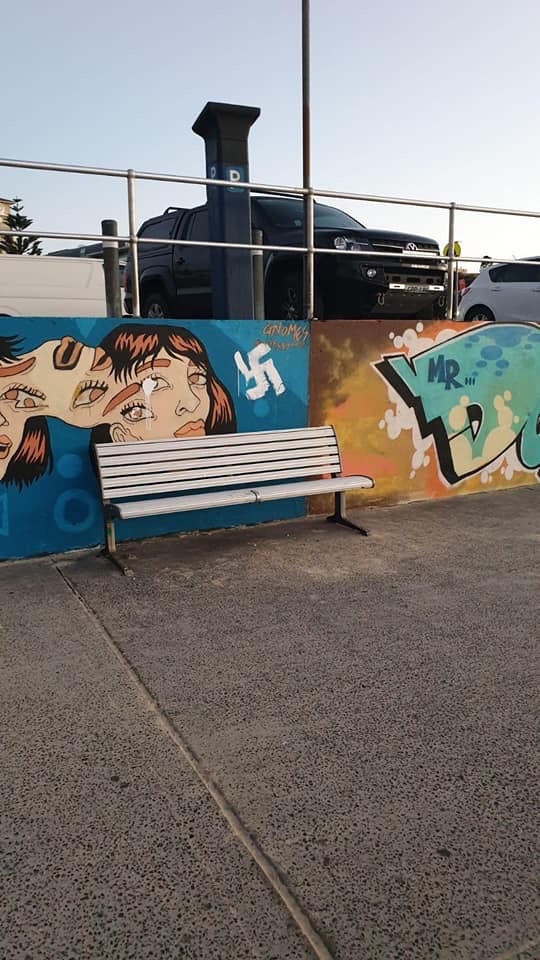