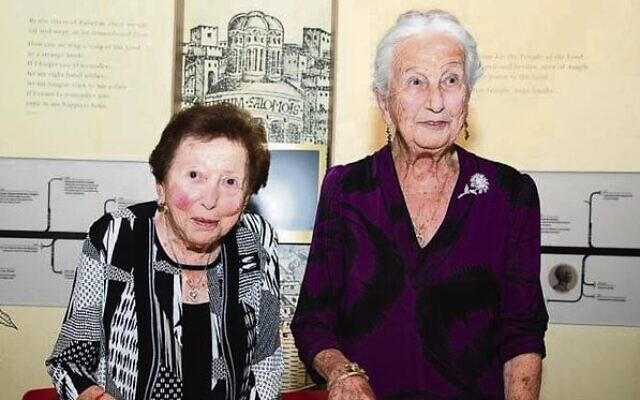 AS the Sydney Jewish Museum (SJM) celebrated its 30th year, president Greg Shand said the focus has switched to making sure it is well placed for the next 30 years.

During the museum’s birthday celebrations, Shand revealed to donors, members and volunteers in attendance that the organisation is embarking on a master planning project to future-proof the museum.

“We have to make sure that the museum is well placed to cater for new audiences for the next 30 years and we really need two things to ensure that that’s the case,” Shand told The AJN.

“One is the building physically has got to cater for new audiences in terms of the size of the galleries. It’s got to be up to contemporary standards. The second thing is we need to make sure that we have the right exhibitions that appeal to new audiences.

“Increasing the number of visitors is what our key objective is, and we want to increase the impact the museum has on them.”

Shand said the museum will consult with various stakeholders, communal organisations and prospective donors before moving forward with the process in early 2023.

“The world is changing and the ugly forces of antisemitism and racism are growing. This is a very important tool our community has to combat that,” Shand said.

With the numbers of Holocaust survivors dwindling, the museum has also ensured their testimonies have been recorded for future generations.

“The museum has been very much Holocaust-survivor led and driven,” Shand said.

“They’re getting older, so what the museum has already done is it’s ensured that, in terms of recorded testimonies, it’s done everything possible so that we can continue on with future audiences having as close to the same impact as we did.”

Walt Secord MLC paid tribute to the museum, saying it ranks among the best Holocaust museums in the world.

“For the past three decades it has been commemorating the six million Jews murdered in the Shoah,” Secord said in an adjournment speech on Shoah education to the NSW Parliament’s Legislative Council.

“It has been keeping the survivor memory alive and educating the community about the dangers of hate. With the last of the generation of Holocaust survivors passing into history, it is now incumbent on all of us – especially in nations like Australia, which fought to defeat this evil – to maintain their stories.”