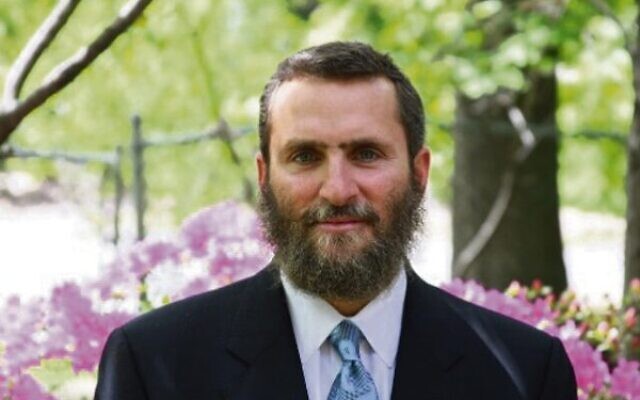 Rabbi Shmuley Boteach has spoken to The AJN about antisemitism, Israel and our role as Jews in the lead up to his upcoming visit to Australia.

The US celebrity rabbi addressed the rise of antisemitism and modern discrimination saying that the COVID-19 pandemic “exacerbated” modern antisemitism, “because it became a time of paranoia and fear”.

He touched on the student union motions that have been passed at Australian universities in recent months, saying, “If you can’t even be yourself at a bastion of liberal ideas like a university, [if] you can’t affirm your Jewish identity at a university, we have subverted the whole model of Western democracy.”

Despite these, what have been called “blatantly antisemitic motions”, Rabbi Boteach said “Jewish students have to take responsibility and they have to also stand up for themselves by showing Jewish pride and by being very overt in their support for Israel.”

Giving an example, he said, “New York University has the largest undergraduate Jewish student population of any private university in North America [with] about 6000 Jewish students, and yet they’ve passed multiple BDS measures with only 60 or 70 SJP [Students for Justice in Palestine] activists on campus.

“How did BDS measures pass? because the anti-Israel groups are extremely active … the Jewish students are not as active.”

He said speaking out is the most important thing Jews can do right now, adding, “I always distinguish between fear and caution. I think Jews always have to be cautious.

“Fear is a hysterical response to an imagined threat. Caution is a calculated reaction to a real and present danger. So let’s not be hysterical, let’s not be fearful. Let’s be cautious.”

“So we hope and we will work so that this new government sees Israel as its ally.

“Israel is a freedom loving democracy, as is Australia. So before the Jewish community jumps to any conclusions, I believe strongly that you have to give the new government a chance.”

Boteach will appear at three events at Central Synagogue Sydney this weekend. More info/bookings: centralsynagogue.com.au
He will also be speaking at Caulfield Shule on Saturday evening, July 2, on the topic “What Happened to ‘Never Again’? The fight against modern antisemitism”. Bookings: trybooking.com.au/CACPY