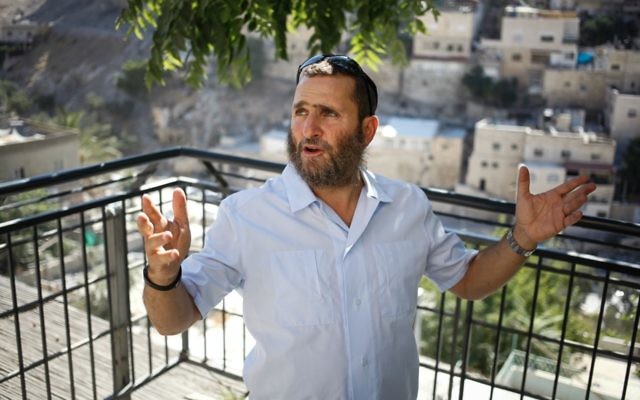 The outspoken rabbi and the MK with Australian ties will address the event, to be held at the Palladium at Crown on Sunday, May 15.

Rabbi Boteach, an author, TV host and public speaker, billed by The Washington Post as “the most famous rabbi in America”, and by The Jerusalem Post as among the 50 most influential Jews in the world, has an Australian wife Debbie and they have nine children and two grandchildren.

A one-time Republican candidate for Congress, the rabbi is the author of Kosher Sex. He is also the founder of This World: The Values Network, an international organisation for advancing universal Jewish values in media and culture and in 2008 launched America’s National Family Dinner initiative with a goal of turning Friday evenings into an American national night for families.

Haskel, a Likud MK, born in Toronto to a Moroccan mother and an Israeli father, has served in the Israel Defence Forces as a combat soldier with the Israeli border police during the second intifada.

After her military service, Haskel studied in the US for a year and lived in Australia for six years where she worked as a veterinary nurse in a Sydney animal hospital at Bondi and featured on the TV show Bondi Vet. Since her time in Australia, she has become a fierce advocate for environmental and animal rights.

Caulfield shul president Anthony Raitman explained that the Yom Ha’atzmaut event was a general fundraiser for the synagogue, while specific funding for the shul’s redevelopment project was being drawn from other sources.

Raitman said he was elated the shul will have Rabbi Boteach and Haskel as speakers. “Rabbi Shmuley Boteach is a good friend of Caulfield shul and has visited us on more than one occasion and taken part in our activities and is a staunch supporter of Israel.

“For us to have a young, dynamic female Member of the Knesset in Melbourne is a really great opportunity, especially on such a significant day [Yom Ha’atzmaut],” he said.

To book for Caulfield Hebrew Congregation’s Yom Ha’atzmaut Breakfast on May 15 at Crown at Palladium, contact 03 9525 9492; events@caulfieldshule.com.au, or trybooking.com/182840.