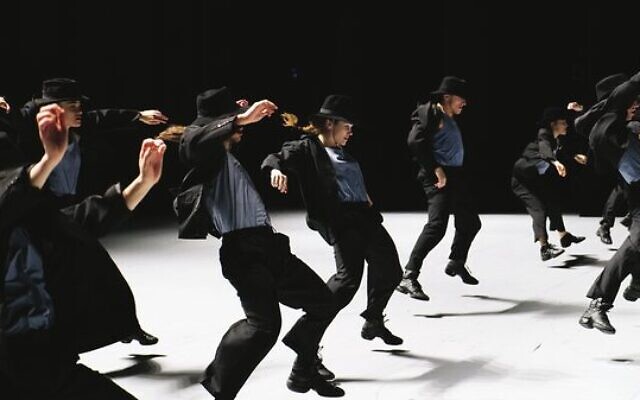 POLITICIANS and Jewish community leaders have lauded a decision by the organisers of next month’s Sydney Festival to reject a bid by a coalition of Arab community groups to cancel funding from the Israeli Embassy.

A group of prominent writers and artists had earlier met with the festival board, urging it not to accept $2000 from the Embassy, going towards the production of Decadance, a contemporary dance performance based on the works of Israeli choreographer Ohad Naharin.

The performance – based on Naharin’s work with the Batsheva Dance Company in Tel Aviv – is due to be staged at the Sydney Opera House. The production was facilitated through a $20,000 partnership between the festival and Israel’s Embassy.

The coalition – which includes the Arab Australian Federation, Greens for Palestine and Jews Against the Occupation Sydney – wrote to the board that its “partnership with the Embassy of Israel and the use of the Israeli Government Ministry of Foreign Affairs logo in festival promotional material creates a culturally unsafe environment for artists and festival attendees of Arab background, particularly those who are Palestinian”.

And BDS Australia, indicating it represents 12 local pro-Palestinian groups, wrote to Sydney Festival director Olivia Ansell demanding the Israeli Embassy sponsorship be dropped “because of Israel’s ongoing crimes against Palestinians and its use of sponsorships like this to attempt to artwash these crimes”.

A Sydney Festival spokesman confirmed to The AJN on Tuesday that “the festival will not be ending its partnership – which pertains specifically to the presentation of Decadance by Batsheva Dance Company of Tel Aviv, realised by Sydney Dance Company – with the Israeli Embassy for the 2022 festival”.

But he added the Sydney Festival “appreciates that these are important dialogues and is committed in both the medium and long-term to allowing the time, and allocating the resources, to give these conversations the rigour and attention they deserve”.

An Israel Embassy spokesperson told The AJN, “Australia and Israel have a long and proud history of artistic, cultural, scientific and academic collaborations that have benefitted people of both countries.”

Describing the bid to scuttle Decadance as “zero-sum thinking”, Federal member for Wentworth Dave Sharma tweeted, “Right now the UAE and other Arab states are welcoming Israeli cultural performers and tourists, as a way to promote peace and coexistence between peoples. But here we have the BDS movement – opposed to coexistence in all its forms – rear its ugly head in Australia.

“Such zero-sum thinking, by rejecting coexistence, is not a recipe for peace, but one for perpetuation of conflict. It has no place in Australia, one of the most harmonious multicultural societies in the world.”

Walt Secord, deputy chair of the NSW Parliamentary Friends of Israel, NSW patron of the Labor Israel Action Committee and NSW shadow arts minister, wrote to the Sydney Festival that the demand to drop the embassy’s funding was “unfortunate, illegal and unfair”, adding that “economic boycotts against Jews and Israel have a long and ugly history”.

Anti-Defamation Commission chair Dvir Abramovich stated, “The politics of division and fear, whose sole objective is to delegitimise and denigrate the only Jewish state in the world, have no place in our nation.”