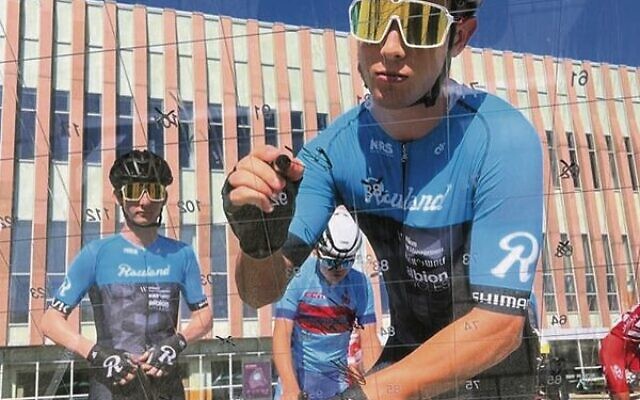 Brayden Bloch before a stage of the 2022 Tour de DMZ in Korea.

Less than a month since coming ninth overall in the 2022 Junior Tour of Ireland, participating in several one-day road races in Belgium, and completing his HSC trial exams, the Moriah College student tackled the Korean U19 men’s event – endorsed by UCI (Union Cycliste Internationale) – as part of the Australian-based Rauland Development Team, which placed second in the team classification.

Apart from a sluggish start in the opening stage, and bad luck in the fifth when he crashed heavily into a barrier, Bloch’s impressive sixth, 15th, and seventh placings in the tour’s mountainous middle stages earned him 11th place in the general classification.

The gruelling course took its toll on the field, with only 56 of the 87 participating cyclists reaching the final finish line. 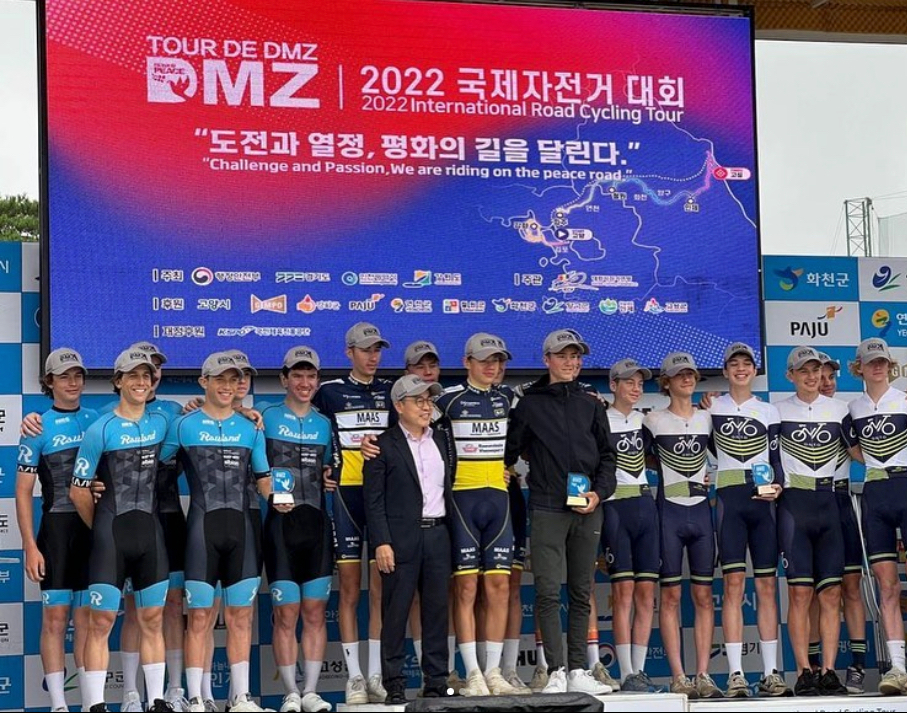 The Rauland Development team (left on the podium) finished second in the 2022 Tour de DMZ.

Pleased with his result, Bloch returned home last Thursday feeling satisfied, knowing the knowledge gained from his latest overseas tour “will make a huge difference, just knowing what to expect in tours with so many national teams, and cyclists”.

“As an official UCI event, it meant eligibility for pro cycling points too, so there was definitely more pressure.

“It was good to experience the different style of racing in Korea too, with attacking always going on, and multiple breakaway moves and splits.”