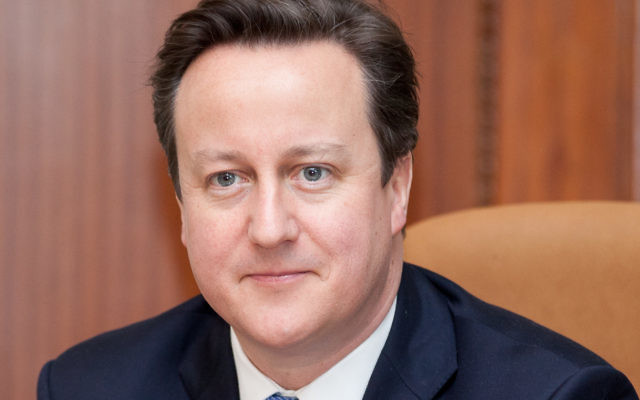 WHILE the world comes to terms with the British public’s vote to cede from the European Union (Brexit), and its domestic and international implications, fears have been raised about how the result of the referendum will impact on Israel.

Speaking at a Jewish function ahead of the Brexit poll, outgoing prime minister David Cameron said, “When we’re fighting terrorism and Islamist extremism, are we better doing that out on our own or fighting together with our European partners? When Europe is discussing its attitude towards Israel do you want Britain – Israel’s greatest friend – in there opposing boycotts or do you want us outside the room, powerless to affect the conversation?”

However, reacting to Cameron’s comments, veteran Israeli diplomat Yigal Palmor denied Britain’s exit from the EU would have major repercussions for Israel. “The British are relatively more open to our arguments, but they are not the game changer; not the go-to guy,” he told The Jerusalem Post.

Regarding economic repercussions, Prime Minister Benjamin Netanyahu reacted to the fall in the pound stating “Israel’s economy is stable. It is strong, and we have large reserves of foreign currency. So if there is an effect, it is not expected to be a large one, other than the upheavals in world markets. As this process is unfolding, I think Israel’s situation is positive.”

Insofar as Israel has a free trade agreement with the EU, Israel’s head of trade in the Ministry of Economy Ohad Cohen noted that agreements with Britain would have to be renegotiated but stressed that was not a cause for alarm. “It is in the interests of both countries to maintain their current economic relationship, and perhaps even to improve it,” his office said. “Even within the scope of Israel’s agreement with the EU, we take into consideration the needs of the individual countries we work with.”

Meanwhile, the Jewish community in the UK is keenly observing the domestic political fallout from the Brexit vote, which has seen Conservative leader Cameron tender his resignation as PM and moves to oust Labour leader Jeremy Corbyn, who has been widely criticised for failing to exhibit strong enough support for the Remain campaign.

The departing Prime Minister has been hailed by the community in the UK and lauded by Benjamin Netanyahu as “a true friend of Israel and the Jewish people”. Key runners to replace him also seem to be staunch supporters of the Jewish State. As Mayor of London, Boris Johnson visited Israel last November, recalling his Jewish ancestry, pushing for economic ties between the two countries and denouncing BDS supporters as “corduroy-jacketed, snaggletoothed, lefty academics”.

Current Home Secretary Theresa May has also visited Israel. As well as reaffirming her support for the Jewish State’s right to defend itself, she has condemned the rise in anti-Semitic incidents in the UK, stressing last year “we must all redouble our efforts to wipe out anti-Semitism here in Britain”.

Corbyn, by contrast, has never been viewed favourably by the community. A vociferous critic of Israel, who has described Hamas and Hezbollah as “our friends”, he has come under fire in recent months for failing to tackle anti-Semitism within the Labour Party.

The resignation of no fewer than 20 shadow ministers this week, including Jewish shadow minister for mental health Luciana Berger, and a 172-40 no confidence vote from his own MPs has prompted Corbyn to insist he will fight for his leadership.

Among those touted as replacements are former shadow foreign secretary Hilary Benn, who has visited Israel twice and insisted the party “must take on those who seek to delegitimise the State of Israel or question its right to exist”, as well as Tom Watson, who is vice-president of Trade Union Friends of Israel and Dan Jarvis and Chuku Umunna, who have both visited the Jewish State with Labour Friends of Israel.