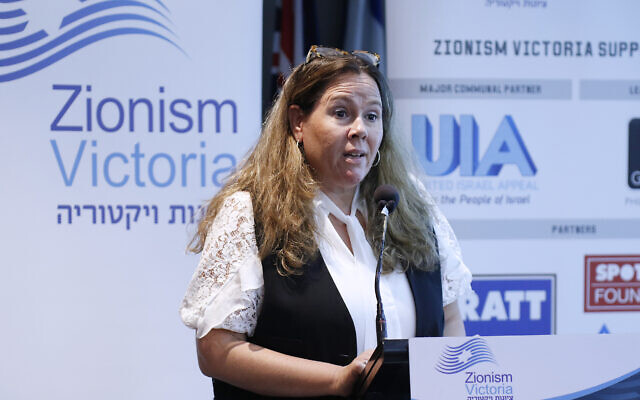 THE Jewish world is changing significantly and “we live in an era of contradictions”, reflected Amira Ahronoviz, CEO of the Jewish Agency for Israel (JAFI), in her address to the 81st Zionism Victoria (ZV) annual assembly.

“On one hand, Israel is very strong … we have a great, growing economy, we have the start-up nation, a strong army … On the other hand, the social gaps in Israel today unfortunately are the biggest in the OECD countries.”

To this are added “very big tensions around the Jewish and pluralistic nature” of Israel. “So, in the spirit of the Declaration of Independence and the vision of the prophets, the work has not yet been completed,” said Ahronoviz.

The Diaspora now has a high percentage of Jews living in democratic countries, free to integrate into their societies or make aliyah. “But at the same time, we know that we’re facing an era of huge fermentation from within – lots of debates about who is a Jew and who is not,” she said, and in some Jewish communities, significantly in North America, the role of Israel, which historically had been “a most uniting element between us” is now controversial, and in some Jewish communities, unlike Australia, “Israel is hardly mentioned”.

Appointed last year, Ahronoviz, on her first visit to Australia, is meeting with the Jewish community to further JAFI’s role as a bridge between Israel and Diaspora communities, which she described as overseeing aliyah, fostering Jewish security and giving Diaspora Jewry a voice in Israeli policymaking. 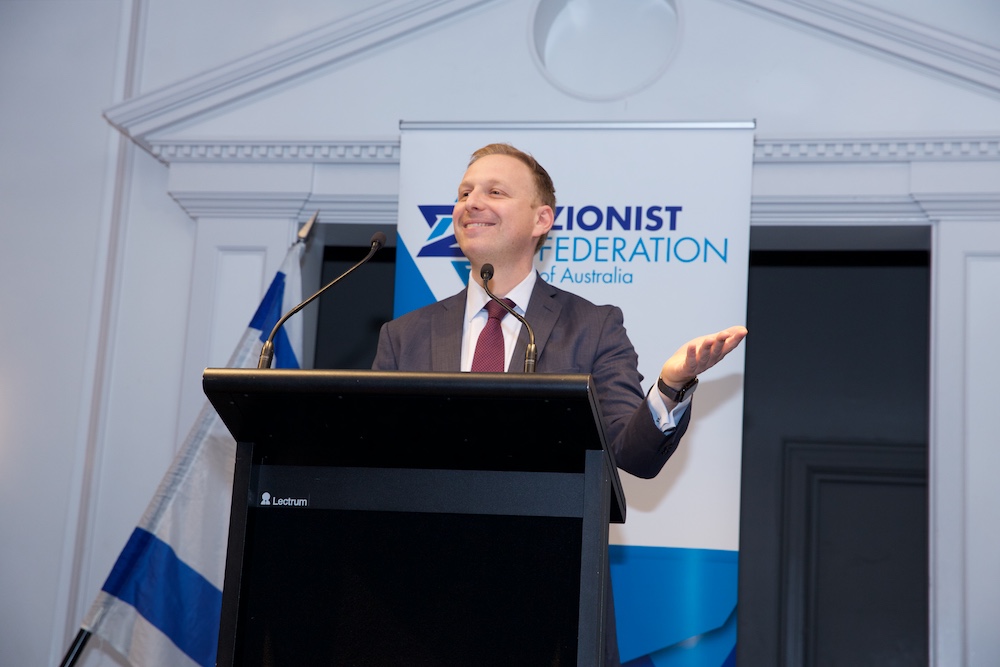 Zionist Federation of Australia president Jeremy Leibler said, “We need to make sure that everyone who identifies as Zionist has a seat at the table in the Zionist movement. And that means whether or not you’re on the left, you’re on the right, you’re religious or you’re not religious, regardless of your sexuality, your gender or anything else.”

ZV president Sharene Hambur stated, “We are blessed in Victoria with the very special relationship we have with our political and civic leadership,” and noted the state government’s $500,000 grant for security upgrades at the Beth Weizmann Jewish Community Centre.

On the latest Israel-Gaza tensions, she said, “Tonight, in being here … we are sending a vital message to Israel and her people. ‘We stand with you, we care deeply about your future and we will continue our work to tell your story and support you.’”

Mezuzahs were presented to 10 Melburnians about to make aliyah. Community stalwarts Rick and Tami Olsha were honoured with the ZV’s Volunteer Award for their fundraising and other support.

You are unlikely to meet 2 more humble people than Tami and Rick Olsha. Tami, in particular was shocked and visibly…