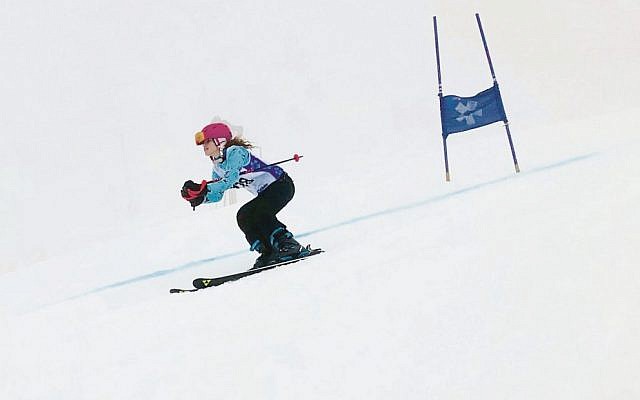 CONTRASTING conditions last Monday and Tuesday on the slopes of Mt Buller ski resort made for an intriguing 2019 chapter in the almost three-decade history of the Maccabi Snow Sports tournament and the Australian Jewish Inter-School Snow Sports Championships.

“There was sunshine and ice-topped snow which made for very fast conditions on Monday, and the next day it was very foggy and there was softer, wetter snow, but that comes with the territory in the Australian Alps,” coordinator Paul Fleiszig, from AJAX Ski Club, said.

“There was a terrific atmosphere on both days, and it was an incredible opportunity for Jewish skiers of all standards to come together and experience competing in snow sports racing, complete with Olympic-standard official timing.” 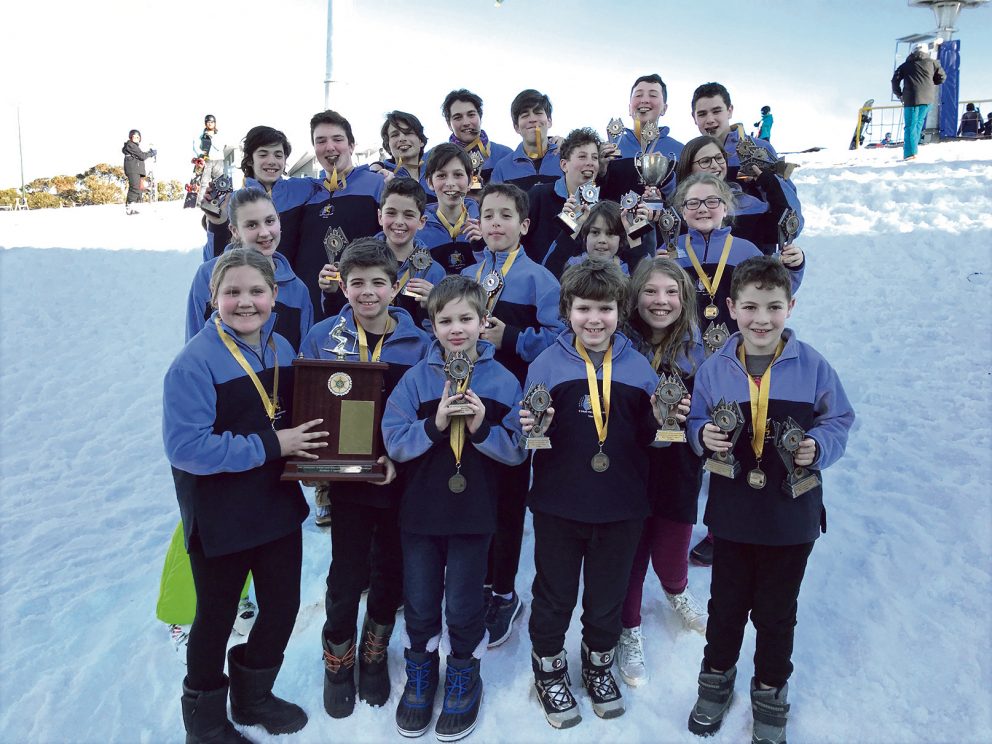 Bialik College’s Lili Cooper had a super tournament, posting a time of 51.08 seconds to become the fastest senior female competitor, the sixth fastest skier overall, and the winner of the girls’ Division 1 (senior high school) competition. 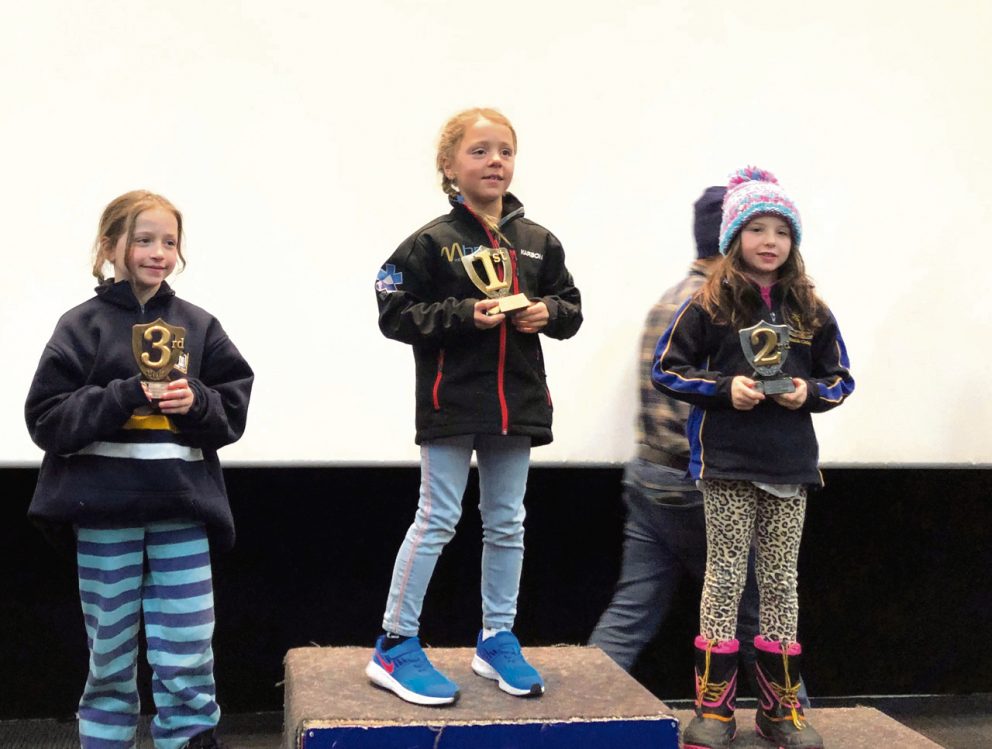 Super siblings Jasper and Clover Rogers also shone in Division 5 (year 3 and below), winning the boys’ and girls’ titles respectively.

Another standout was Faith Green, who was the overall winner in the junior section of the tournament, and also the fastest female and the girls’ Division 4 (years 4 and 5) champion. 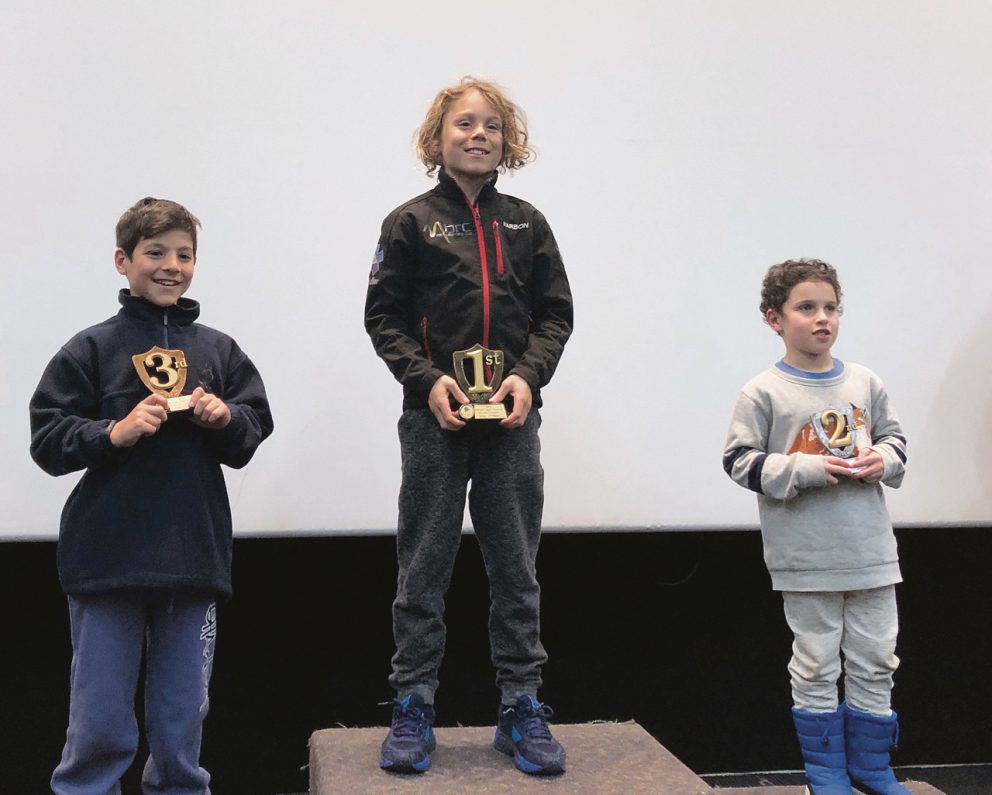 Jasper Rogers (pictured in centre of the podium) claiming the junior boys’ and boys’ division 5 titles.

In a good sign for the development of Jewish female skiing, three out of the top five fastest junior skiers at the Maccabi Snow Sports Championships were girls.