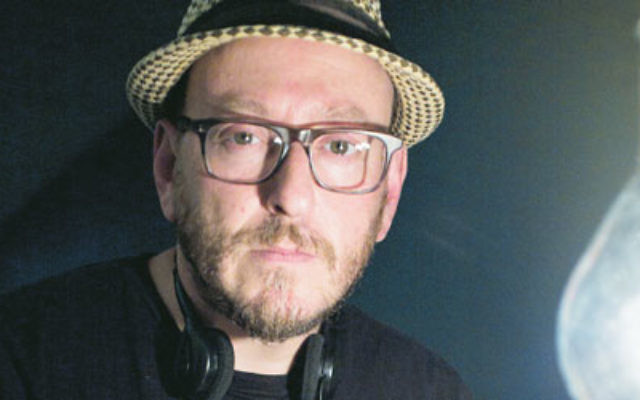 FOR the past 17 years, ethnomusicologist Dr Joseph Toltz has been researching the music of the Terezin ghetto (Theresienstadt) and the place of the Brundibar opera in the memory of Holocaust survivors.

“My prime interest is the nexus between music and memory in survivors, and what part music plays in their lives,” says Toltz, who is a lecturer at the Sydney Conservatorium of Music, and who served as a cantor at Emanuel Synagogue for many years.

He has become well acquainted with Brundibar, the story, told through opera, of a brother and sister who overcome a local town bully in order to help their ill mother.

Composed in 1938 by Hans Krasa, Brundibar had its premiere in 1938 in Nazi-occupied Prague. However, Krasa was arrested and sent to Terezin and did not see his work performed.

In the ghetto Krasa rewrote the opera to suit the musicians and performers in the camp, and the work was first performed in September 1943. During the following year the opera was performed 55 times in the ghetto, including during the June 1944 visit to the ghetto by a delegation from the Red Cross.

“The Jewish people of Czechoslovakia came under the repressive Nuremberg laws and weren’t allowed any freedom of expression or association,” explains Toltz.

After World War II, Brundibar faded from memory, until it was rediscovered in the 1970s. Since then it has been performed thousands of times around the world, connecting younger generations with Holocaust survivors and strengthening the fight against oppression and discrimination.

“Despite Sydney being home to the largest number of Terezin survivors in Australia, Brundibar has not yet been staged here,” Toltz notes.

However, that’s about to change with Sydney’s Brundibar Project, a collaboration between Toltz and start-up chamber opera company Opera Prometheus, in association with the Sydney Jewish Museum (SJM), which will culminate in the staging of Brundibar on August 14 in Sydney at the City Recital Hall.

Toltz feels that now, more than ever, it is important to undertake this project.

“We believe our production is needed while the opportunity for dialogue between survivors and young people is still possible,” he says.

“The survivors that I’m talking about are in their late 80s to mid-90s, so who knows? God willing they’re all going to be here for the next production, but we can’t tell.”

Rehearsals are well underway for Brundibar.

“We have incredibly talented children,” Toltz says of the young cast, who are primarily aged between eight and 12.

“We have children who are the grandchildren and great-grandchildren of survivors … we have non-Jewish children, too. So we have a variety, a spectrum of children across the board.”

He says the production is a great way to introduce youngsters to the joys of performing and experiencing opera, as well as introducing them to the lessons of the Holocaust.

“I want the message of Brundibar to come out, which was the message that the children experienced in Terezin: if you stand up and unite with each other, then you can overcome bullies and anybody who wishes to oppress you,” he says.

“That’s why it was such an effective, poignant and meaningful production in the camp.”

One of the key members of the team staging the production of Brundibar is Holocaust survivor Jerry Rind.

Interned in Terezin in November 1942, Rind worked in the carpentry shop of the ghetto, and was recruited to smuggle wooden planks out of the shop in order to build the set for the original production of Brundibar.

As a reward, he was allowed to witness rehearsals and be among the audience for several performances.

“Since that time he has been a devoted lover of the opera, and he, along with other Czech survivors living in Australia, is my inspiration for this project,” says Toltz.

Having been trying to stage Brundibar in Sydney for about seven years, Toltz is thrilled that it’s finally coming to fruition.

“I would love people young and old to come and support this venture. I think it’s very important. It’s a unique way to discuss the Holocaust,” he enthuses.

“What’s really significant about this production, not only because it is the first time that it has been performed in Sydney, but it’s also going to be one of the last times that we have children interacting directly with survivors who can tell them what it was like watching the production and being part of that ­production.

“That’s pretty amazing. And they’ll carry that legacy on throughout their lives.”

The SJM will host a series of special performances for school groups in the weeks following the public performances. These will include a tour of the museum and the opportunity to meet a Holocaust survivor.