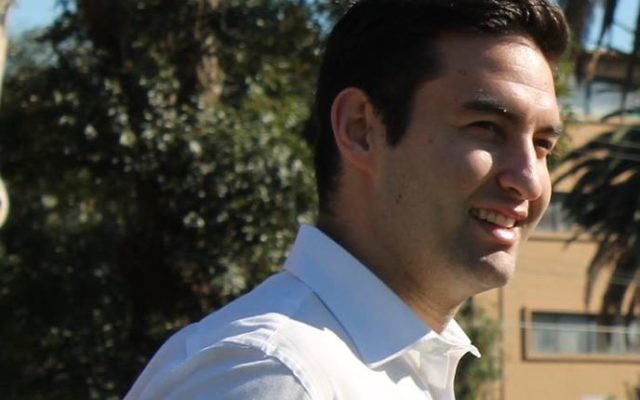 BEING officially endorsed by Labor’s national executive on Tuesday as the party’s candidate for Macnamara, the new name of Michael Danby’s seat of Melbourne Ports, was “an extremely proud moment” for Josh Burns.

Burns, senior adviser to Victorian Premier Daniel Andrews, told The AJN, “It is going to be hard, but it is going to be a great campaign and we will win this seat.
“As someone who has been a part of, and contributed to, the Jewish community I’m extremely proud to be the Labor candidate for the largest Jewish population in Victoria.”

He said Jewish people, like others, rely on services that Labor champions, such as public schools, welfare, aged care and the National Disability Insurance Scheme (NDIS).

Thanking both the executive director of the John Curtin Research Centre Nick Dyrenfurth and former Glen Eira mayor Mary Delahunty, who also nominated to be the Labor candidate, he said now is the right time for new blood in Macnamara.

“Michael did 20 years of service, and was a person who followed his principles. I hope that I bring a new perspective and am someone who has a new energy and a new focus to understand the next generation of Jewish leaders in a different way.
“I will campaign differently. I think that it’s time for someone else to take up the baton that Michael has held for so long.”

Earlier this month, Danby announced that after 20 years in Canberra he will not stand at the next federal election.

Labor’s right faction in Macnamara was given the opportunity to pick the candidate. When they met last week Burns received 61 votes, Dyrenfurth 49 votes and Delahunty 16 votes.

Following the vote, Delahunty claimed that she was discriminated against.
“I have definitely been treated differently to the male candidates and comments have been made about whether I would receive more support [from the party] if I wasn’t a woman and was of a different religious background,” she told News Limited this week.