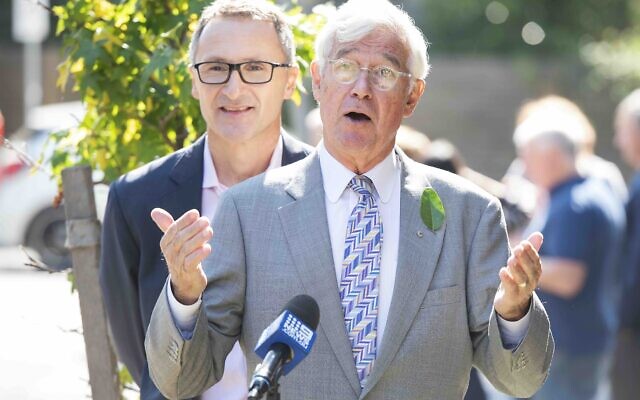 JEWISH leaders say an apology by controversial barrister Julian Burnside, who last week equated Israel’s treatment of the Palestinians to Nazi Germany, is “difficult to accept” after he subsequently repeated the comparison in an email published in The Australian.

The furore started when Burnside – a former Greens candidate who previously sparked communal anger after sharing an image depicting federal MP Peter Dutton as a Nazi officer – tweeted, “The curious thing about the Israeli stance is that their treatment of Palestinians looks horribly like the German treatment of the Jews during the Holocaust.”

The tweet, which was immediately condemned by federal Liberal and Labor MPs and community leaders, was subsequently removed by Burnside who issued an apology “to Australian Jews and to Holocaust survivors and their families for my comparison”. 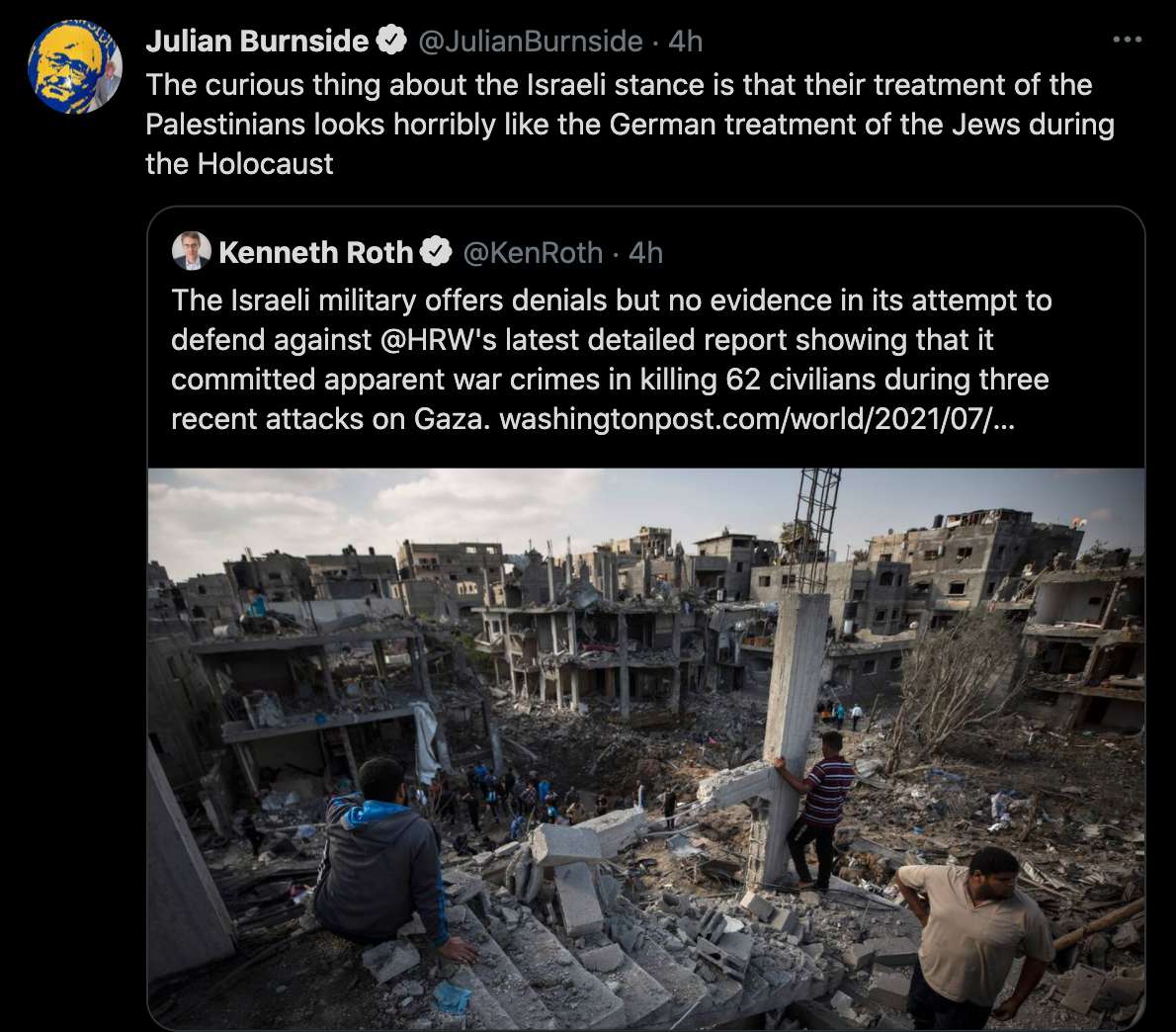 However, in an email exchange with Australian columnist Gerard Henderson, Burnside was asked if he had visited Israel or Gaza.

“No: I haven’t visited Israel or Gaza, but I watch the ABC and SBS news,” he replied.

“The simple fact is that Israelis kill a lot of Palestinians: certainly the numbers are nowhere near the number of Jews killed during the Holocaust, but the reasons are substantially the same.”

Burnside also retweeted a post sent to him, stating, “A pile on claiming antisemitism was inevitable because it always follows, as night the day.”

Welcoming the fact that Burnside deleted his initial tweet and apologised “after a huge public backlash”, Zionist Federation of Australia (ZFA) president Jeremy Leibler told The AJN this week, “His subsequent tweets and apparent failure to distinguish between the motivations of the Nazi regime in wiping out world Jewry with the conduct of the Israel Defence Forces, makes it difficult to accept his apology in good faith.”

The ZFA wrote to Greens leader Adam Bandt last week, describing Burnside’s tweet as “atrocious” and calling on Bandt “to condemn unequivocally his tweet, and to rule out him being a Greens candidate in the future”.

While Bandt avoided referencing Burnside and did not respond to the ZFA’s letter, he told media, “The Holocaust is one of the darkest moments in human history and is without modern comparison. It has left an enduring and painful scar on the Jewish people, the impacts of which are still being felt today.

“The treatment of the Palestinian people can be condemned on its own facts.”

Stating that Burnside’s tweet “not only reflects an astonishing ignorance of history but also represents a new low in public debate in Australia”, Executive Council of Australian Jewry co-CEO Peter Wertheim lamented, “To trivialise this history with false comparisons to any contemporary conflict is beneath contempt.”

Treasurer Josh Frydenberg – who was attacked by Burnside’s partner on Twitter, claiming “Burnside knows more about the Holocaust and its subsequent trials than you” – sent the barrister a copy of Holocaust survivor Eddie Jaku’s book.

“I hope he finds it educational, after his insensitive and indefensible tweet,” Frydenberg said.

“We have a collective duty to ensure the atrocities of the Holocaust are not only understood, but never repeated.”

Anti-Defamation Commission chairman Dvir Abramovich commented, “Mr Burnside knows very well that there is no Israeli policy, plan or ideology, to persecute, expel or annihilate the Palestinian population — nor has there ever been.

“He owes every survivor an apology and needs to look into his heart and reflect on the values that guide him.”

Jewish Community Council of Victoria (JCCV) president Daniel Aghion added, “Criticism of Israel is one thing. Comparing Israel to the Nazi regime is another thing entirely.

“The JCCV expects public figures such as Mr Burnside to lead by example. When they publish antisemitic statements, they normalise such behaviour. Public figures must take care to ensure that their language does not descend to that level.”