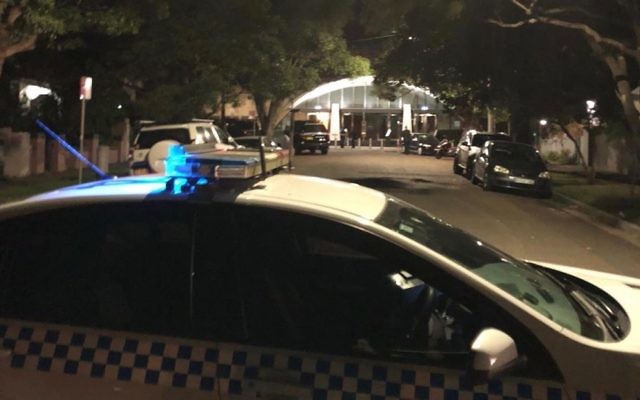 THE Community Security Group (CSG) in NSW insists it will be “business as usual” for Shabbat services, after an online threat against Sydney’s Central Synagogue triggered a large-scale police operation on Sunday night.

An anonymous person threatened online to shoot people at the shule and livestream the attack.

The threat was made the same day as a 19-year-old stormed a synagogue in San Diego, killing one and injuring three.

While the threat turned out to be a hoax, NSW Police took no chances, acting immediately on a tip-off from their American counterparts.

They shut down Bon Accord Avenue, deployed the police helicopter, riot, rescue and dog squads and searched the synagogue.

Speaking to The AJN this week, CSG NSW head of security Matt Meyerson said, “There is no specific information regarding a direct threat against the Jewish community.”

He said the alert level was raised to “heighten community awareness” of an increase in antisemitic incidents, threats and suspicious activity, and “because there has generally been an increase in online discussion forums and social media which spotlights the Australian Jewish community”.

Meyerson added services “will remain business as usual with a heightened level of vigilance and awareness”.

NSW Jewish Board of Deputies president Lesli Berger said, “It is very reassuring that the NSW Police take these issues so seriously, and we commend and thank them for their swift and vigorous response on Sunday night.

“It is outrageous in the modern world that our community has to face threats of this nature.”

A NSW Police spokesperson told The AJN inquiries into the incident are continuing.