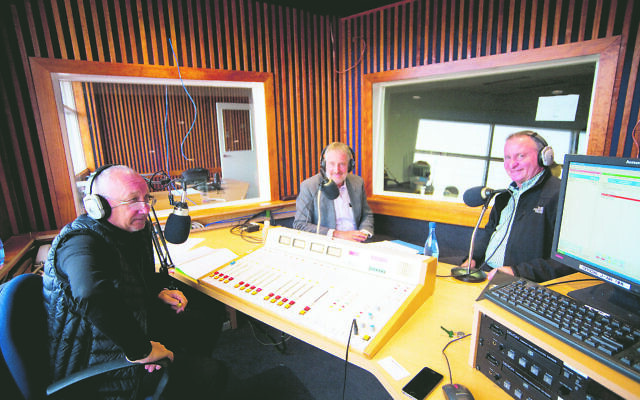 The J-AIR studio in Melbourne.

FEDERAL MPs from both sides of politics have voiced support in Parliament for an upgrade to the broadcasting licence of Melbourne Jewish community radio station J-AIR.

J-AIR began as an online-only station in 2012, adding an FM radio signal in 2014. But its narrowcast radio licence allows it to broadcast only in an eight-to-10-kilometre radius from its Caulfield transmitter, covering only some of the Jewish community.

Speaking to his motion, Wilson stated, “J-AIR should be given a permanent community broadcasting licence so they can continue their important work for Melbourne’s Jewish community.”

Supporting the motion, Allen said, “Despite the good work of J-AIR and its volunteers, the absence of a community broadcasting licence limits the capacity for J-AIR to support the Jewish community and provide awareness for the ongoing safety and security challenges faced by Melbourne’s Jewish community as a result of the rise of antisemitism.”

Burns told Parliament, “One of the reasons why J-AIR is so important is because it’s not just the permanent shows that people go on, some of whom I agree with, some of whom I have strong editorial differences with … but also because they cover a lot of the community events locally.”

Kelly, whose wife and son are Jewish, and who has been targeted by far-right extremists, said a strong Jewish community station is a bulwark against antisemitism.

“We have just heard in this last week comments from the director-general of ASIO about the rising threat of extreme rightwing violence in this country. It is important to get on top of that, and radio stations like J-AIR will make a tremendous contribution to that.”