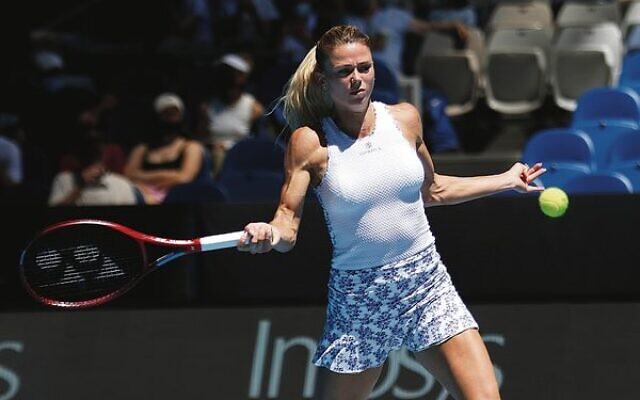 Courtside cameras at the French Open have captured the moment Sergio Giorgi tried to hide his vaping habit.

Sergio, father and coach of Italian Jewish tennis star Camila Giorgi, tried to discreetly cover his face with a towel before blowing a puff of smoke, when cameras panned toward him in the stands.

Apparently, he wasn’t so successful at hiding the habit, as fans quickly jumped on his cheeky act, and the clip went viral on social media.

Camila has made headlines recently at the French Open when officials took issue with an advertising logo on her dress.

Her tennis outfit, designed by her mother, featured a sponsor logo – DeLonghi – on her chest. The issue, apparently, was due to the size of the logo rather than the placement, meaning Camilla could get away with simply moving the logo to her sleeve instead – which is exactly what she did for the next round.

Cheekiness all round it seems.