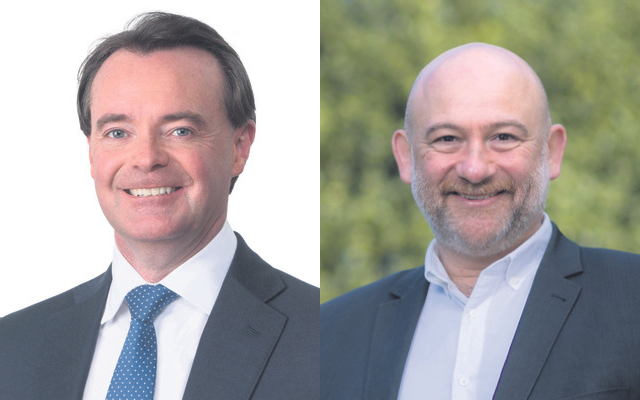 The Jewish community “knows that I stand with them as a strong friend and ally” Liberal member for Malvern Michael O’Brien said.

The Shadow Attorney-General, who holds the seat with a six per cent margin, said he is committed to protecting the rights of people to live in safety and to be able to freely express their faith without fear of discrimination or being attacked.

“With David Southwick, I first proposed banning the Nazi swastika in Victoria, which is now law. As a minister in the last Liberal government, I fought against the BDS campaign targeting Jewish-owned businesses,” he said.

He said locally, “congestion is a huge issue” which a Liberal government would tackle by removing three level crossings, extending the number 3 tram line and introducing $2 daily public transport fares.

“Labor has made Victoria the highest taxing and biggest borrowing state in the nation,” he added.

“We need strong economic management to ensure our children aren’t left with a legacy of debt and deficit.”

O’Brien said the Liberals will also rule out statewide lockdowns and school closures.

His Labor challenger in Malvern, Darren Natale, is a small business owner who lives and works in the community.

“I think this election is about offering a stronger, more positive outlook for the future. For health, education, infrastructure, clean energy and social cohesion,” Natale said.

“We all want to share in a prosperous and harmonious community where parents, families and people of all ages have access to the health and education services that they choose, close to home.”

Declaring “I am not a politician by nature,” he said he felt more at home in the Labor party because “I think the Liberals have lost their way.”

He said he views it a “personal responsibility” to stand against extremism and antisemitism in all its forms.

“No one should have to endure vilification or discrimination,” he said.

“I’m proud that Labor has banned the display of Nazi symbols and funded increased community security.

“I’m looking forward to supporting programs like B’nai B’rith’s Courage to Care to educate young people about the dangers of racism and prejudice.”