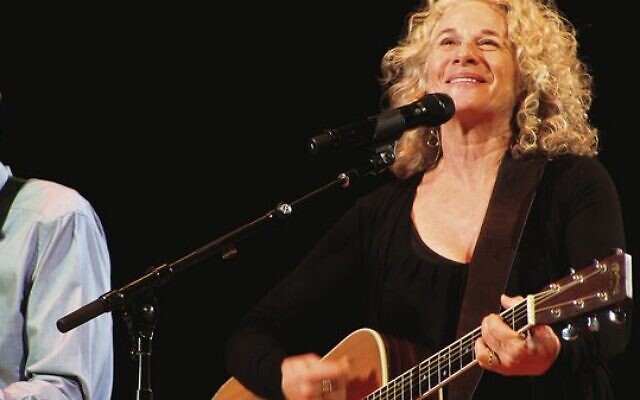 JEWISH singer Carole King has been inducted into rock ‘n’ roll’s Hall of Fame – for the second time.

The singer, born Carol Joan Klein in 1942, received the honour at the 36th annual Rock & Roll Hall of Fame induction ceremony on October 30.

Singer Taylor Swift opened the show paying tribute to King by singing her 1971 hit Will You Love Me Tomorrow and telling the crowd, “I can’t remember a time when I didn’t know Carole King’s music.”

The younger starlet then presented King with her induction as a solo artist.

Later, King told journalists that Swift’s version of Will You Love Me Tomorrow was “amazing”.

“She just owned it and made it her own,” King said.

The elder singer’s first induction into rock’s hallowed hall was with former husband Gerry Goffin, with whom she co-wrote a number of hits spanning several decades.

King is the third woman to be inducted twice, after Stevie Nicks and Tina Turner.