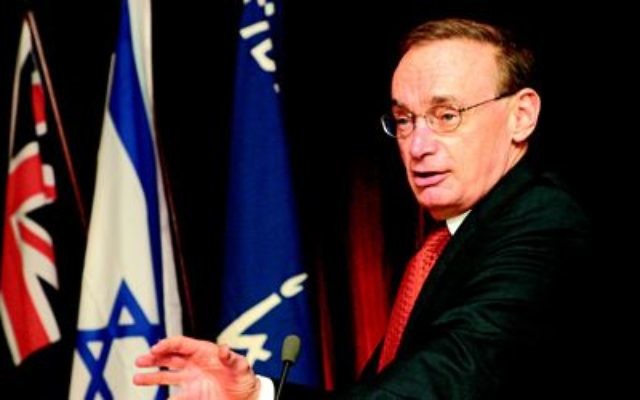 A WAR of words has erupted in the Senate over the government’s handling of allegations that Australian taxpayers are unwittingly funding a Palestinian terrorist group.

On October 30, the Leader of the Opposition in the Senate, Eric Abetz, questioned Foreign Minister Bob Carr as to who provided the government with registration documents for Gaza-based charity the Union of Agricultural Work Committees (UAWC), which the government’s foreign aid arm, AusAID, funds through World Vision Australia.

Israeli civil rights group Shurat HaDin alleges that the UAWC is a subsidiary of the Popular Front for the Liberation of Palestine (PFLP), which has a history of hijackings and suicide bombings, and was listed as a terrorist organisation by the Australian government in 2001.

Replying to Abetz, Carr turned his attention to chief opposition whip in the Senate, Helen Kroger, who has led much of the opposition’s questioning on the issue. “We did check the details about the two Australian interns who, in February, started work at Shurat HaDin. It is nice that boys never forget their mum,” he said, continuing, “What were the names of the two Australian lawyers who turned up as interns at the body making these allegations? Mr J Kroger and Mr S Kroger.

“After their arrival, the questions started flowing.”

Senator Kroger, who stated in the Senate that her sons had not worked on the UAWC issue, told The AJN that she was appalled “that any minister of the Crown would use the children of a senator to seek to shield himself from portfolio scrutiny”.

“The fact that the government refuses to explain the process through which they verified the integrity of the UAWC is a major concern,” she said.

“The Coalition will continue to pursue this matter.”

Shurat HaDin first wrote to World Vision Australia and AusAID in February with its allegations.

It agreed to postpone legal action in the Federal Court for breaches of the Charter of the United Nations Act following a meeting convened last month by Executive Council of Australian Jewry executive director Peter Wertheim with World Vision Australia’s representatives.