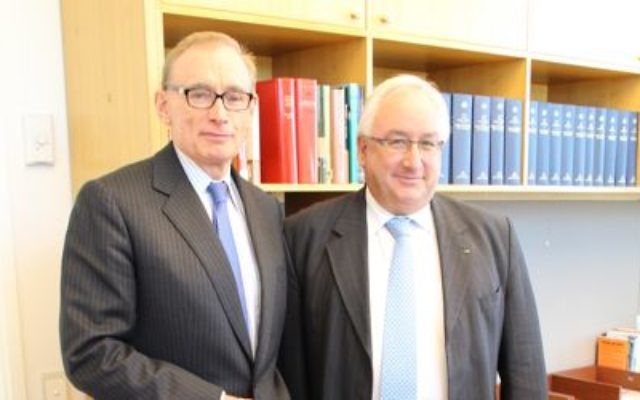 FOREIGN Minister Senator Bob Carr has given an assurance that claims that an Australian aid recipient is linked to terror are being thoroughly ­investigated.

Israeli civil rights group Shurat HaDin has alleged that the Union of Agricultural Work Committees (UAWC), which is funded by the Australian government’s foreign aid arm AusAID through World Vision Australia, is a subsidiary of the Popular Front for the Liberation of Palestine (PFLP).

Carr said he had been advised by AusAID that it was examining material provided by Shurat HaDin in consultation with the Department of Foreign Affairs and Trade, the Australian Federal Police, the Australian Security Intelligence Organisation and the Australian Government Solicitor.

However, he said no evidence had yet been found that the Charter of the United Nations Act 1945, which makes it an offence to directly or indirectly make an asset available to a proscribed person or entity, had been breached.

“If the government becomes aware of evidence confirming a breach of the UN Charter Act, we would [act] immediately to suspend funding of the organisations concerned and refer the matter to the relevant authorities,” he said.

“The law is absolutely clear that it prohibits not just direct provision of assets to a terror organisation, but indirect [provision],” he said.

Hamilton also said that an AusAID statement that the Israeli government doesn’t list the UAWC as a terrorist entity was irrelevant. “They haven’t been provided this information, and … they may have a different set of legal definitions,” he said.

And he had a stern warning for Senator Carr.

“If the [Australian] government doesn’t do something about it, it will be taken to court one way or the other,” he said.